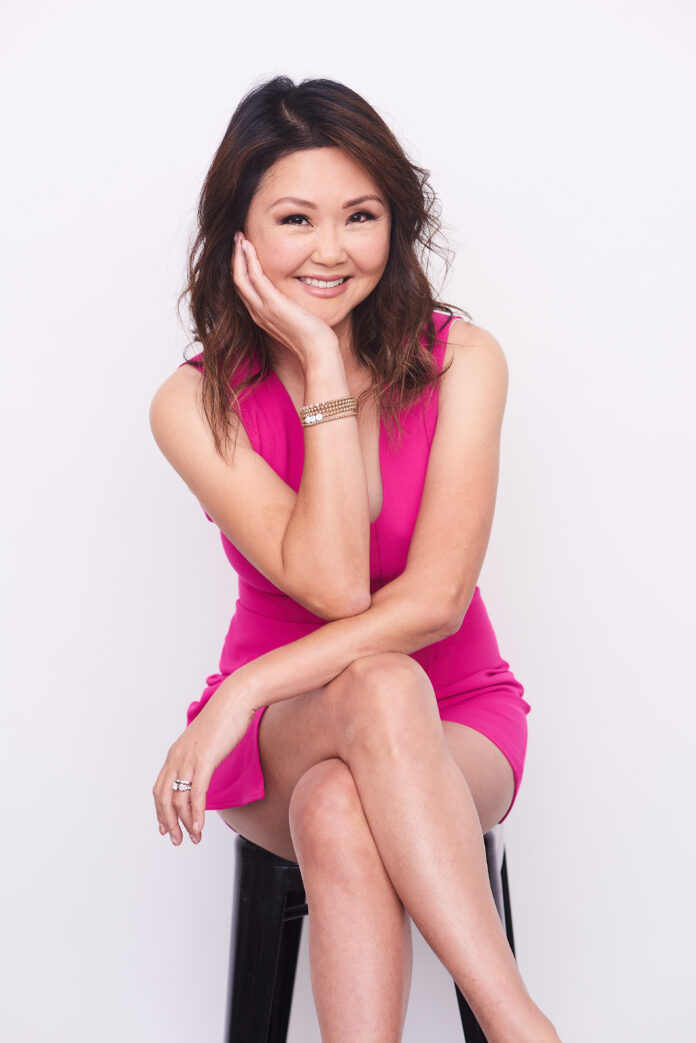 Esther Moon’s life journey is an inspiration to the Asian community, breaking barriers like the Academy-Award film “Minari” and was nominated for a Golden Derby Film Award. Before her success, at 37 years old, Esther was diagnosed with breast cancer in late 2014. Throughout her chemotherapies, Esther came to self-realization of what happiness meant to her, overcoming breast cancer, and became an actress in 2015, finally achieving her dreams. Starring in Netflix’s new series “Partner Track” Korean American actor Esther Moon grace audiences again alongside Arden Cho who previously worked in shows like Teen Wolf and Chicago Med.

The show begins with Cho’s character, Ingrid Yun, a driven young attorney who navigates her life in a prestigious New York City law firm. At just two years old, Esther moved from South Korea to the United States. When she was 10 years old, her parents moved back to South Korea, living her preteen years until she moved back to the United States at sixteen. By moving between two countries at such an early age, she cherishes how different the two were in culture and tradition. Earlier in her acting career, Esther became a professional mental health technician for about 20 years.

Esther and her husband established a service for foster teens since they also come from the foster care system. The service is called the Korean American Family Services (KFAM), an Asian Pacific Islander (API) focused Foster Care Agency available with service in Korean, Mandarin, Cantonese, Tagalog, and Vietnamese. The agency fights for children from the Los Angeles County foster care system by providing foster families with cultural information like languages or traditional customs so API foster children will be connected to their identity, cultural awareness, and connection to both cultures and foster families. KFAM also offers programs like the Child and Adult Wellness Program assisting individuals with health and social services and the Child Care Food Program (CCFP), a federal and state-funded program helping children who come from low-income backgrounds with nutritious meals and trained child day care providers to assist 3,000 children. Another program is the Mental Health Program, offering guidance and wellness to others who are dealing with emotional conflicts like depression, anxiety, grief, or the loss of a loved one, as well as parent-child conflict. They also offer individual or group sessions, medications, or psychiatric evaluations. All programs are available in Korean and English. In the upcoming month, Esther will be honored with the AAPI Ambassador Award for her dedication and hard work as an advocate, her life as a foster parent, and for bringing Asian representation and equal opportunities to Hollywood.

How has being a foster parent changed your life?

Being a foster parent shows you who you are. I thought I was a very patient person, but I found out I am not! Lol. I am a patient person – in reasonable situations with reasonable people. Working with very broken people within an extremely broken system takes extraordinary patience and compassion. There were many days when we felt overwhelmed and helpless. There were days I felt broken. How did being a foster parent change my life? I was emotionally and mentally stretched beyond what I thought I was capable of. And from there comes a new kind of strength. I am a much stronger person now than I ever was before I became a foster parent.

Are there other projects you wish to direct or be in?

At this moment, I don’t have the desire to direct (other than my TikTok videos, ha), but I have many projects I would love to be in. First on my list would be season two of Partner Track! I would love to see more of our Korean American family and dive deeper into their history. There are other Asian American-themed projects in development that I would be thrilled to be a part of as well! And I would also love to play characters where being Asian American is not the central focus of their character.

What are your thoughts about Asian representation in the media?

There has been a noticeable increase in Asian American stories and characters just in the last five years! It makes me proud and happy. I’m seeing a difference not just in the representation on screen, but behind the scenes as well with writers, producers, and directors. The interest in, and openness to, our stories is great, but I also think it’s a (positive) reflection of the changing culture amongst Asian Americans, too. Instead of being pushed towards traditional careers in law, medicine, education, or business, Asian American parents are more open and encouraging even careers in nontraditional and creative fields. I know some people are worried that this is just “a moment”, but I think this change is here to stay and will grow even bigger with time.

Since October is breast cancer awareness month, will there be any activities or events planned?

There are many fun events during breast cancer awareness month, such as run/walk events and galas, but I have a couple of friends who are currently going through breast cancer treatment, so I plan to spend it quietly. Organize small family and friend get-togethers for support, organize meal trains, schedule house cleaners, etc.

Ultimately, Esther’s life both on and off screen is inspirational. Catapulting her experience as a child in the foster care system, overcoming challenges in her life, and living her dream yet finding time to give back to her community while becoming an advocate for Asian representation and the foster care system is such a propelling moment, especially for people who do not know her story but are left moved. Watch Esther Moon on Netflix’s original series “Partner Track.”

Entertainment & Record Executive Amir Windom Shares His Experience in The...