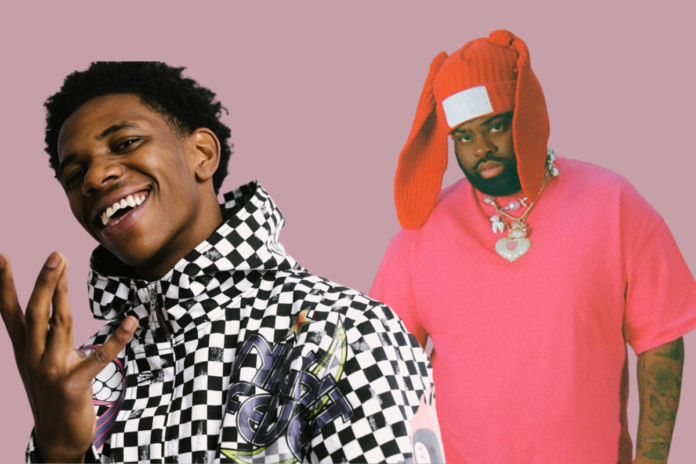 ( ENSPIRE Music ) Visual Music Video is Out Now on Youtube

Pink Sweat$ is known for consistent single releases and this one did not disappoint. Back in February 2021, he released his debut set “Pink Planet” only to follow it up less than a year later with the “Pink Moon” EP. The pink aesthetics bring a relaxed and fun vibe with all his music visuals.

“Lay Up N’ Chill” is about a partner who expresses their attachment through intimacy and loyalty. Pink Sweat$ and A Boogie Wit da Hoodie set the mood with their lyrics. Pink Sweat$ says, “‘Lay Up N’ Chill’ is about the desire to have an intimate, lavish night with your significant other.”

“Lay Up N’ Chill” is the first single since releasing “I Feel Good (Asia Edition)”. Including “Don’t Go,” a collaboration led by podcast host Rory, co-produced by Chiiild and Azad Naficy. This song also features Sinéad Harnett, a singer/songwriter, and actress.

Pink Sweat$ keeps bringing new hits. Let’s hope he has new collaborations with A Boogie Wit da Hoodie or other music artists very soon. If you want to listen to “Lay Up N’ Chill” steam it here. For the audio video check it out below.