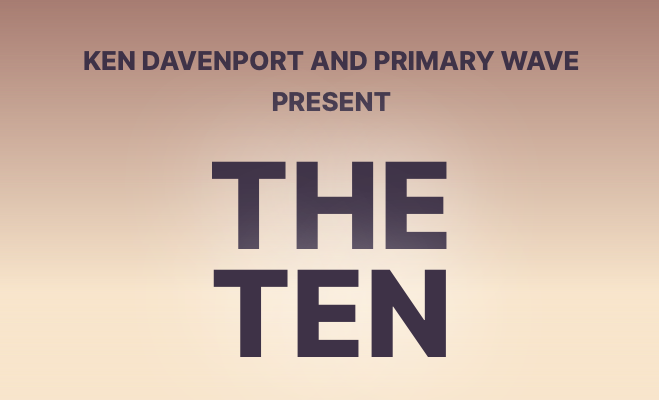 Announced on October 17, The Ten is a new musical project produced by Ken Davenport and Primary Wave Music. Inspired by the gospel’s power and spiritual energy, the project features music that also draws from hip-hop, bluegrass, R&B, soul, and the blues. The musical will feature music and lyrics by the Grammy-nominated team Future Cut, Emily Philips, and Nambi E. Kelley. Tony Award winner Ruben Santiago-Hudson will direct it. Sandi Moran will also serve as a producer. A reading is planned for early 2023. One can see that the project is stacked with talent and musical inspiration. The modern setting of the play and the biblical influence will attract an audience.

Director Ruben Santiago-Hudson said of the story, “The Ten is loosely based on the story of Moses and The Ten Commandments set in our current times. Through this fascinating story, we will span the landscape of modern music, from soul and gospel to funk, country, folk, and everything in between. The Ten will wonderfully alter our ideas of what a modern musical can be. So be prepared for a thrilling ride.”

The talent is on full display with this announcement, as Ken Davenport said, “It took me all of 15 seconds of hearing one track from The Ten by Future Cut and Emily Phillips to say, ‘This. I want to produce this.’ Their music is a sound I haven’t heard before on Broadway, and I am so thankful that Primary Wave introduced me to this incredible songwriting team. And with Nambi Kelley and Ruben Santiago Hudson on board, well, I know we’ll have a type of musical that we haven’t seen before on Broadway . . . but that we desperately need.”

Philips is from London and signed to Primary Wave, producing top hits from artists like Florence and the Machine, Big Time Rush, and DNCE. Nambi Kelley wrote the book for the play. She is currently co-producer for season 2 of Bel-Air on Peacock. She has a catalog of shows she wrote for, ranging from “Lady In The Lake” (Apple) and “Our Kind of People” (Fox) to “The Chi” (Showtime).” Her newly formed production company, First Woman, is currently producing a play for young audiences, Jabari Dreams of Freedom.

Finally, Primary Wave has signed legendary artists such as Bob Marley, Prince, James Brown, Whitney Houston, and Aerosmith and Def Leppard. The producer is an entrepreneur in the industry, re-introducing classics to young audiences and empowering young artists to become legends themselves. Therefore, they are not only supporting artistry but also influencing and impacting culture.