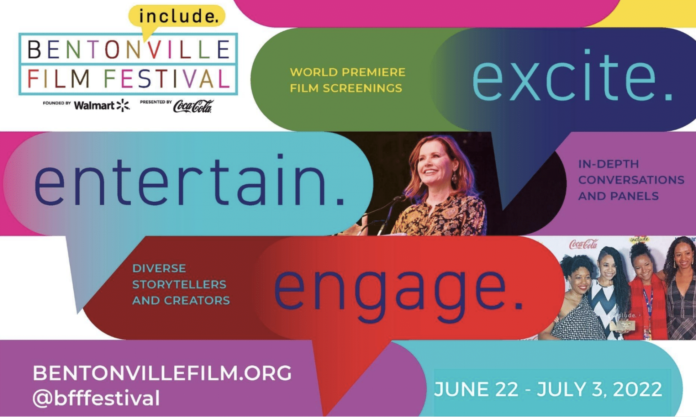 Geena Davis’ Bentonville Film Festival for 2022 was held from June 22 – 26 and offered films from diverse individuals and people from all different backgrounds. Davis is an Academy Award Winner who runs this film festival in Bentonville, Arkansas, to showcase many films from people from all different backgrounds. BFF Foundation produces the event, which is a non-profit organization that works on promoting underrepresented voices within the film industry, such as females, the LGBTQ+ community, and people with disabilities.

With this event occurring annually, last year’s statistics presented positive change for the future regarding diversity and inclusion. The event in 2021 offered a hybrid program and on-the-ground that brought in a global audience like no other year. There were 80+ screenings, panels, fireside chats, and special events. Also, the festival reached an attendance of 10,000 in-person and 150,000 online participants over the six days.

Many films are offered at the festival that talented artists produce, but it also shows the first steps of making the film industry inclusive. Women directed 71% of the films, women wrote 70%, and 87% starred in lead roles. People in the LGBTQ+ community directed 33%, members wrote 32% of the LGBTQ+ community, and 30% were in the lead role. 75% of the films were directed by people who represent the BIPOC and API community, individuals wrote 70% of the BIPOC and API community, and 81% of those members held a lead role.

The Bentonville Film Festivals are prompting people from all different backgrounds, identities, cultures, genders, and races to unite and promote their talent through their well-crafted films. With attendance increasing even virtually, people worldwide can come together to see these films and support the mission of this festival. Through the help of sponsors and audience members, Geena Davis spread the mission of sharing the stories of talented filmmakers to work closer to seeing positive change within the film industry.

To learn more about the Bentonville Film Festival and the films featured visit the site here!

China Is Feuding With the NBA