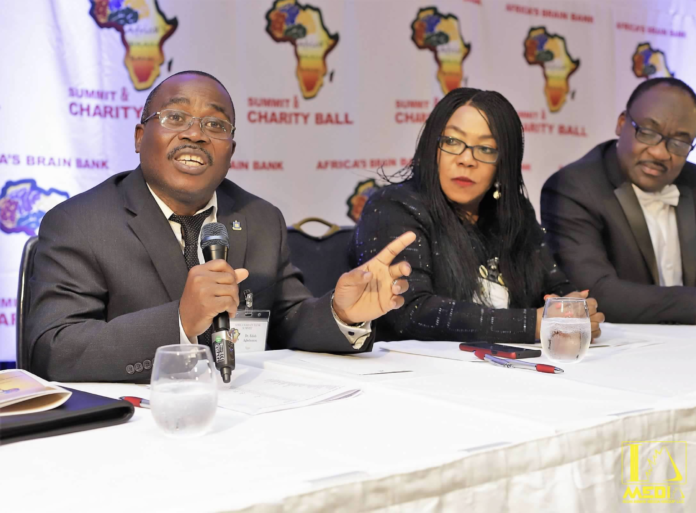 Africa’s Brain Bank held its 3rd Annual Summit & Charity Ball last weekend on October 8th and 9th. The convention brought together thought leaders of African descent from all around the world, including Motown’s first A&R Sir William “Mickey” Stevenson, founder of the World Conference of Mayors Johnny Ford, Nigerian Consul General Dr. Amina Smalia, and many others. Under the theme of “We Are One,” the ABB gathered these renowned individuals together with the shared aim of furthering the ABB’s ultimate goal: eliminating the African “brain drain.”

“Brain drain” refers to the phenomenon of highly educated individuals with great intellectual or professional talent leaving their home country to seek better opportunities abroad. This drain can put many countries at a disadvantage, with less qualified individuals through which to establish better medical, scientific, educational, and creative systems. This drain is something seen across the globe, but the issue has particularly affected the content of Africa.

“Brain drain has deprived Africa and Africans of their true destiny and placed us in ‘limbo.’ It has also destroyed our people’s morale, hope, identity, and faith. It has hampered prosperity and hindered our ability to function at optimal capacity,” said Rev. Pamela Fomunung, founder of Africa’s Brain Bank. “An unknown number of lives have been lost due to brain drain and pushed many into ‘homelessness’ in the sense that we have to settle for foreign destinations, most of which do not welcome us or consider us citizens, despite our immigration status. There is no substitute for home.”

Africa’s Brain Bank has been working to combat this problem by creating a global network of professionals of African descent, connecting the African global diaspora. They provide resources and contacts through which people of African descent can share ideas, opportunities, and information. They also provide educational programs for African students across the globe.

“For so long our brain power has been scattered across the world, and now we can harness it from the comfort of our homes. We can deposit our intellectual property and make withdrawals,” Fomunung said. “Think about the transactions you make through the bank. If you send a Zelle to somebody, you are transferring money. Now, imagine sending a Zelle of your expertise to somebody in Lagos or Cape Town without having to physically go there. That is what Africa’s Brain Bank is about. If you are of African descent, you are a part of it.”

Reverend Fomunung says Africa’s Brain Bank was divinely inspired, given to her by God during her daily drive to the office in October 2017. She doesn’t take credit for the organization. According to Fomunung, she couldn’t have created Africa’s Brain Bank without the help of God or the many people of African descent who have contributed to ABB. Even so, she hopes they inspire others to join the mission.

“I believe God put me on this earth to help His people, and I am humbled that He finds me worthy to serve. The vision may have come through me, but we need every person of African Descent to build this brain bank,” Fomunung said. “I am urging every person of African descent to deposit their brain power with Africa’s Brian Bank by registering on our website so others can withdraw and vice versa. You may not return to Africa physically, and we are not asking anyone to do so, but your brains can be available to all your brothers and sisters.”

The summit and charity ball aimed to strengthen the African Brain Bank’s pre-existing resources and foster the development of more ideas through which to connect African descendants across the world. According to their press release, “The powerful lineup will address critical issues facing the African continent, explore synergies, share the extraordinary opportunities that exist for black Americans to do business and establish a presence in Africa, and provide pathways and guidance for those African diasporans who yearn to visit or relocate to the Motherland.” Specifically, leaders at the summit and charity ball created and shared several ideas that Africa’s Brain Bank hopes to implement in the future. 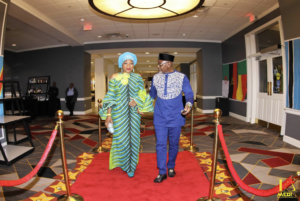 One such idea was facilitating collaboration between HBCUs (Historically Black Colleges and Universities) and African educational institutions. Africa’s Brain Bank has a subdivision called the African High School Association, which aims to foster the education of U.S. high school students of African descent. According to Fomunung, ABB will guide graduates of this program to enroll in HBCU’s. This would potentially involve e-learning or virtual schooling. Fomunung knows how important it is to reach young intellectuals and students of African descent.

“Once connected, they will realize their true intellectual potential and emotional intelligence. It will become evident that the sky is their stepping stone, and they can support each other, to achieve their goals in life,” Fomunung said. “Those under 25 are impressionable and usually at a crossroads in their career or educational pursuits. This is the best group to transform, as they are our future. Once this generation is empowered and enlightened, they will become an unstoppable force globally.”

Africa’s Brain Bank also resolved to use music and movies as methods of educating people and strengthening unity amongst the African diaspora. It’s no wonder, since there were many different creatives and intellectuals at the event: comedians, politicians, musicians, businesspeople, and activists alike. In addition, art has historically been a compelling way to relay information and inspire action in human populations. In fact, some guests at the charity ball were feeling the music themselves – Ambassador Dr. Somalia and D.J. Skeeper gave an impromptu performance of Lionel Richie’s “Stuck On You.” You can find the video here.

Furthermore, Africa’s Brain Bank is interested in promoting S.T.E.M education for girls and boys who are underrepresented in S.T.E.M. This idea has always been at the heart of Africa’s Brain Bank’s resources and programs. One of the African High School Association’s main objectives is providing this S.T.E.M. education to high school students by providing virtual education on The Twelve-Strand Systemic Mentoring Model. In addition, Africa’s Brain Bank aims to bolster Africa’s access to social media, transportation & telecommunication, energy & electricity, and water using science and technology. Fomunung says that the ability to learn about these fields from those who share your cultural background and heritage is priceless.

“We are emotionally connected, and having a mentor from similar ethnic and cultural backgrounds breaks all the walls raised by ignorance, prejudice, stereotypes, and discrimination,” Fomunung said. “There is an innate trust that cannot be achieved externally, so mentees are more receptive, and mentors can quickly achieve desired objectives.”

The draining of intelligent, talented people from a country’s population can have a devastating toll on that country’s intellectual, economic, and cultural success. Africa’s Brain Bank will come up with opportunities to bring ideas back to countries across the African continent. The support and ideas the ABB received from its 3rd Annual Summit & Charity Ball will doubtlessly be implemented to critical effect.