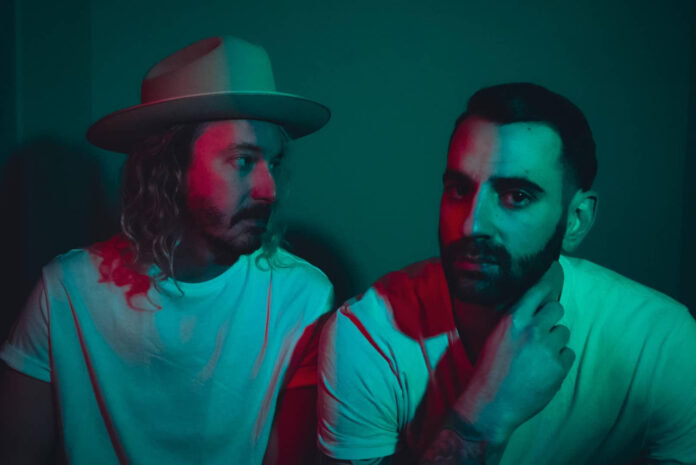 The globally-acclaimed duo The Sometimes Island has taken their single to new heights in a remix with DJ Tribbs. The original launched The Sometimes Island into the spotlight, releasing the single a year ago, in 2021. Tribbs consistently creates hits, which landed him a deal with Sony. The “Acapulco” remix is Tribbs’ first release under the deal.

The Sometimes Island is a synth-forward pop band based in Los Angeles and Albuquerque. The band is known for being highly visual, consisting of frontman Matt Blankenship Jr. and drummer Nick Lopiano. The hit “Acapulco” has made a comeback with a remix by DJ Tribbs, known for “Duże Oczy” which received 50 million streams on Spotify alone. He became the No. 1 streaming DJ and No. 1 airplay artist in his home country of Poland with the single “Ghost.” Tribbs has collaborated with artists like Bertie Scott, Oliver Heldens, and R3hab. On stage, he’s supported other DJs like Tiësto, Acraze, and Mike Williams.

Blankenship Jr. explains his inspiration, “I like to juxtapose a theme with a sound and have them work together that makes the tension not immediately apparent.” The name of the song pays tribute to New Mexico, the songwriters continues, “I wrote ‘Acapulco’ in Albuquerque, which is an amazing place but a hard word to sing.”

“Acapulco” explores the excitement of beginning a new chapter in life while contrasting with the unease that comes with it. The Sometimes Island illustrates this in a music video. It tells the story of the end of a relationship, with one running away towards a better life.

The success of “Acapulco” also tells the story of humble beginnings. Blankenship Jr. and Lopiano initially recorded the song in a rental house in La Jolla. It was their first song ever to get millions of streams on Spotify. Previously, the band peaked at #2 internationally on Apple’s Alternative chart, surpassing powerhouse Billie Eilish. They have also achieved over 800,000 monthly listeners and millions of streams. Currently, the duo is in the Top 100 Pop iTunes Charts.

Listen to the remix below: