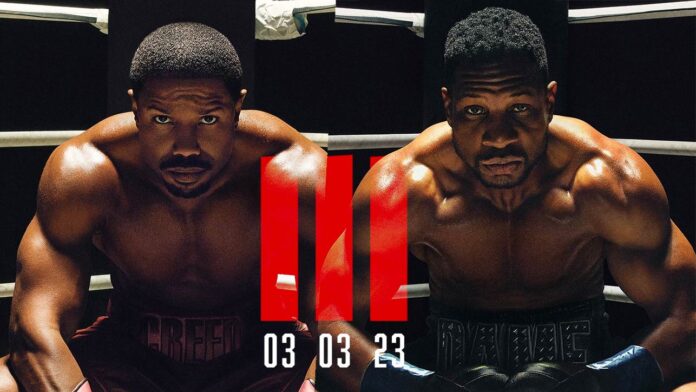 ( ENSPIRE Entertainment ) Creed III is Set to Hit Theaters on February 3 2023 and Will be Michael B. Jordan’s Directorial Debut

The ending of Creed II gives a farewell to boxing movie icon Sylvester Stallone and his character the “Italian Stallion”, Rocky. With the departure of Stallone from the franchise, Creed III will showcase a story completely about Adonis “Creed” Johnson. While the previous two films were also about the character this film will allow fans to see the old Creed and his life before meeting Rocky.

The MGM movie will prove his growth since meeting the Italian Stallion but also dive into his not-so-pleasant path to greatness. One thing everyone knows about Creed since the beginning of the first film is that he knows how to get into trouble. The character is seen being in and out of juvenile detention throughout his childhood.

The Trailer opens with Creed leaving his past behind him and a time jump of seven years. That all changes when a friend from the past comes back into Creed’s life. Damian, played by Johnathan Majors, was Creed’s childhood friend. He visits him upon his release from prison after serving an 18-year sentence.

Seeking help to get back on his feet Creed allows him to start boxing in his gym. Driven to be the best Damian is determined to prove himself but shows little self-control in the ring. Jealous and angry Damian is set on taking the life he believes he deserves, Creed’s.

Creed III sets up just like Rocky III, which centers on Rocky’s life after fame. In the film, Rocky is lost after losing his father, trainer Mickey, and his title to Mr. T. He is forced to turn to Apollo Creed for help to earn his title back. Similarly, threatened by Damian, Adonis Creed is left with one choice. Fight his friend and show him why he will always be the best.

The action-packed and family-orientated film will be a knockout hit for Jordan’s directorial debut. Zach Baylin, Keenan Coogler, and his brother, Black Panther director Ryan Coogler wrote the screenplay. Alongside Jordan and Majors, the film stars Tessa Thompson as Bianca Taylor, Phylicia Rashad as Mary Anne Creed, and more.

Check out the Trailer to Creed III below!