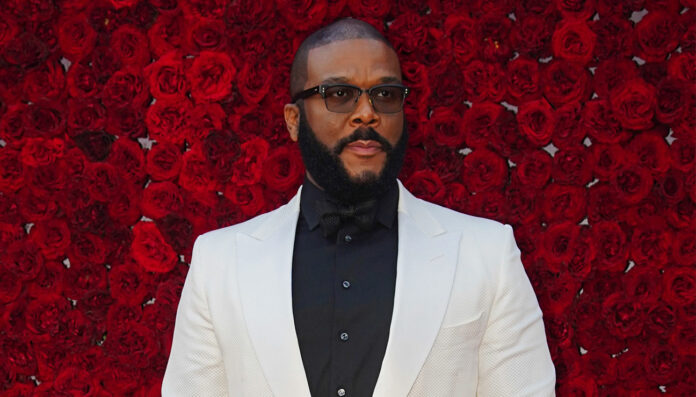 ( ENSPIRE Feature ) This Past Weekend Was Historical For African Americans, As Well As Film Director/Actor Tyler Perry

Tyler Perry has broken the barriers in the film industry with being the only African American to own a studio and making history was the start of an inspiring movement that had many celebrities in attendance in tears.

“I am so grateful to have witnessed Black Excellence, History, and Greatness,” said Kelly Rowland. “The ground we stood on, the room! And EVERYTHING this Lot represents! I am humbled, inspired, and so encouraged! Thank You for being a force!”

Perry has always felt like he was the underdog in the film industry and was determined to make a change by uplifting people, encouraging them, and giving them a platform to use in a positive way.

“I clearly believe that I’m ignored in Hollywood, for sure and that’s fine. I get it,” Perry said. “My audience and the stories that I tell are African-American stories specific to a certain audience, specific to a certain group of people that I know, that I grew up, and we speak a language. Hollywood doesn’t necessarily speak the language. A lot of critics don’t speak that language. So, to them, it’s like, ‘What is this?’ “

For the African American culture that has been overlooked for a long time, Perry’s dream was not just his, but for African Americans to showcase their talents and vision without depending on a big name, big company, or losing yourself to achieve the possible.

How Nonprofit Walk With Sally is Adapting Due to the Impact...