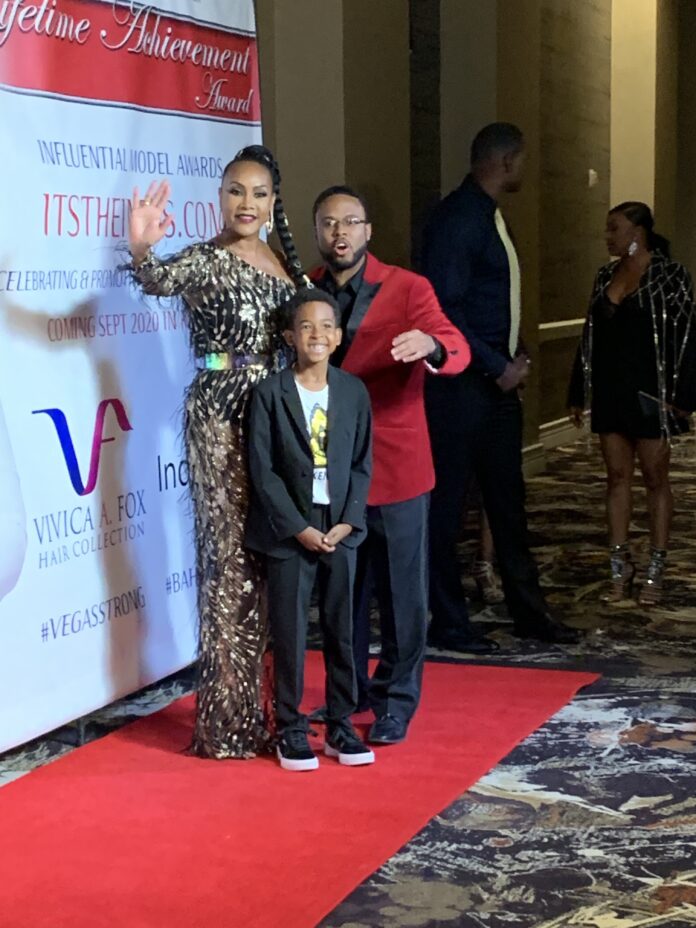 Vivica has been acting since 1988, her breakthrough roles include “Independence Day” and “Set It Off.” Other memorable roles include. “Kill Bill” and “Two Can Play That Game.” We all can attest to Vivica’s on-screen brilliance and ability to deliver for her fans every time she graces the big screen.

The Indiana native is still extremely active in Hollywood working behind the scenes as a producer and acting alongside actress Taraji P. Henson on the hit TV show Empire as Cookie Lyons older sister Candice Mason. Last year she added author to her resume with her book ‘Everyday I’m Hustling’.

Vivica took to the red carpet at the Indiewise film conference with her godson Christian by her side. “ I’m so happy to be here with my god baby, my friends my agent and it just feels like a magical night for me.”

Celebrities including Laila Ali, Miss Nevada USA Tiana Tuamoheloa, and Social media influencers Natalie Odell and Young Ezee were in attendance to witness Fox’s honoring and culminate the convention at the Luxor Casino on the Las Vegas Strip.