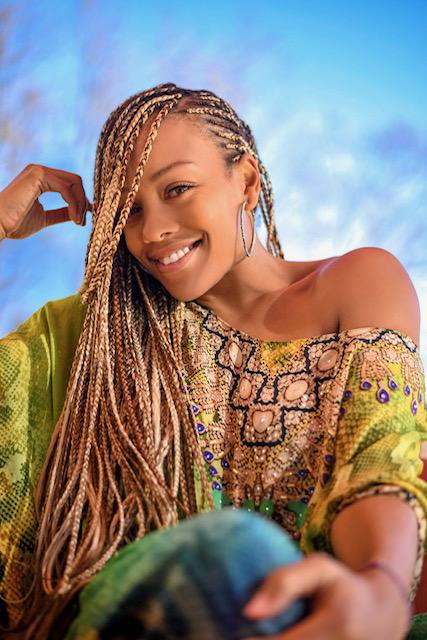 Kimberly has always had a positive support system. Starting with her father encouraging and molding her into a strong woman in a society that is progressing with giving women a chance to play pro sports. Kimberly knew that she had to sacrifice a lot of time and effort in her craft to align the goal and dream together and she did just that. Kimberly had gotten a call from the Women’s Football League Association this year and they wanted her to play for their league. She signed a contract and will be playing for the Los Angeles Fames in 2021.

This is a huge deal for a new league that represents Women in a respectful manner. Being apart of a league like this is a big deal and they are paying women for what they can contribute on the field. The WFLA will be starting their league in 2021 and have a lot of investments with 32 teams that are filled with women who love the game of football. Kimberly can play offense or defense but wants her position to be running back, as she wants to continue following in her dad’s footsteps. “I always wanted to follow in my dad’s footsteps and continue the legacy of Brown’s family,” says Kimberly.

In life, Kimberly has always been an optimistic person and many people look up to her and have been motivated by her strength when she kicks over the bucket of adversity and slides into another set of goals that she wants to accomplish. “I am honored that people are motivated by me and it means a lot. If I could give advice and tips to those individuals who look at me as inspiration, I would say be true to yourself and just be prepared. You will sacrifice a lot, but do not sacrifice who you are in the process. Most people fear success. Fear will sabotage you from achieving success. Most people fear failure, but failure teaches you to be successful. “

Kimberly has a chance to continue chasing her dreams with being the best women’s’ football player that she can be for the WFLA and she has a great support system that is in her corner, as she continues to lay the groundwork towards her version of success.

Wendy Bronfin, BRIGHT CEO, on the Importance of Cognitive Health

The CurvyCon Powered By Dia&Co Held Its 3-Day Convention for Body...