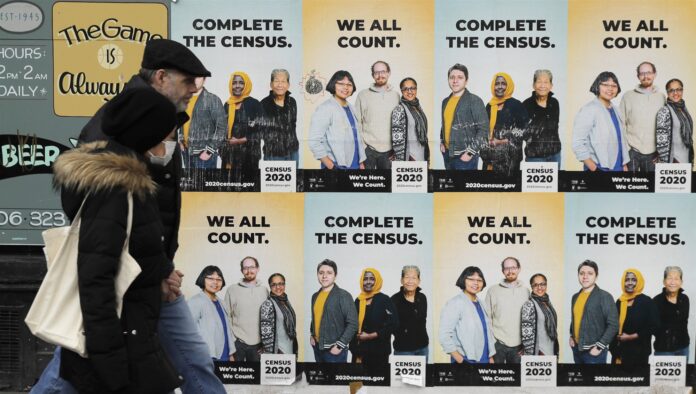 ( ENSPIRE News ) Previously the Trump Administration Sought to Place a Citizenship Question on the Census Questionnaire but was Rebuffed by the U.S. Supreme Court in June

On July 20th, the Trump administration signed a memorandum that supports barring undocumented immigrants from being counted for congressional apportionment in the 2020 Census. This just the latest example of this administration’s racist ideological beliefs and policies. “For the purpose of the reapportionment of Representatives following the 2020 census, it is the policy of the United States to exclude from the apportionment base aliens who are not in lawful immigration status . . . to the maximum extent feasible and consistent with the discretion delegated to the executive branch,” the memo said.

The key issue within this whole situation is the legality of being able to not count undocumented immigrants in Congressional reapportionment. According to Thomas Wolf, senior counsel and Spitzer fellow at the Brennan Center for Justice at NYU’s School of Law, this move is the epitome of unconstitutional. Congressional apportionment, according to Section 2 of the 14th Amendment, requires all persons to be counted.

“Persons means people. Everyone must be counted . . . regardless of race or ethnicity or citizenship status,” he said, adding that implementing what the president proposes “would be asking every American to disregard the plain text of the Constitution and ignore what their eyes tell them about what the law and the American Constitution is about. It’s another example of the Trump administration putting some ill-conceived notion of ideology or self-interest ahead of the country.”

The federal judiciary must block this attempt because of its unconstitutionality and the effect it will have on districts across the U.S. The total population of districts is required so the federal government can provide the correct amount of funds to subsidize aka help fund a Congressional district. Cities and areas with more undocumented immigrants become severely underfunded and this leads to more significant issues that we see in cities around the U.S.

Trump and his cronies since his election, even prior, have been vocal about their disdain for immigrants, as a whole, and the entire immigration process. This is just the most recent example of them carrying out their beliefs through actions. This must be stopped because these areas are already at high-risk because of underfunding but Trump doesn’t care. The Trump administration, per usual, is only looking to make things worse.