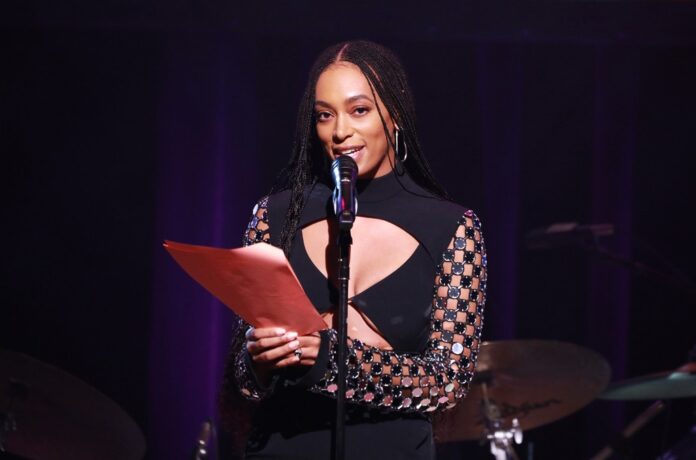 ( ENSPIRE She Did That )Though Decades Apart, Lena Horne’s Activism Intertwines With the Work of Solange Knowles Today

Solange Knowles is making waves in the music industry, not only for her talent but for her recognition as a woman of immense character. The Grammy-award winner, singer, and songwriter won the first-ever Lena Horne Prize for Artist Creating Social Impact earlier this year, exemplifying the very principles of Horne herself.

Lena Horne was a renowned singer, actor, and dancer, who rose to the spotlight for her activism during the Civil Rights movement. Her voice in combating racism, whether addressing President John F. Kennedy in person, refusing to perform for segregated audiences, or rejecting roles that stereotyped African Americans, became an essential symbol of resilience during a time that desperately called for progress. Her fight became a marriage of rights for women and people of color, spurred by a drive to push forward and enact change that would go beyond her lifetime. Musician Maimouna Youssef, otherwise known as Mumu Fresh, attended the Lena Horne awards ceremony and described that she “stood as a beacon of hope” and “a forerunner and pioneer” during a time when it was safer to be silent.

Rapper Common, who was also present at the ceremony, preached the value of the Lena Horne Prize in continuing the work of generations past. “When we honor our ancestors and elders and respect what they’ve done, and then connect that with what people are doing now,” articulated the artist, “we’re walking in those footsteps and following their legacy.”

Solange Knowles is paving her own unique path through the inspiration of Lena Horne. She has distinguished herself in the music industry for her unique blend of indie-pop, contemporary R&B, and soul music that lends itself to bold songs with even bolder messages. Her 2016 album, A Seat at the Table, which led her to Billboard charts and a Grammy, sparked mass recognition for its discussion of black identity through an artistic license. The album is a celebration of Blackness through social commentary about racism, collective struggles, and working through them with a sense of pride and empowerment.

Knowles exemplifies the very principles of the Lena Horne Prize and credits the renowned activist for being a guiding hand in her road to self-expression and enacting change. Especially now, during such turbulent political times, Lena Horne’s actions are a reminder of how steadfast determination to a cause can initiate progress far beyond our years. In her acceptance speech, Knowles voiced her appreciation to her platform for letting her “continue fighting for us, for our peace, uplift us, make us seen and heard, and celebrate our undeniable supreme light…while trying really hard to find my own.”

Watch our interviews from the event:

Jacques Chevelle on “Side Hustle” and More