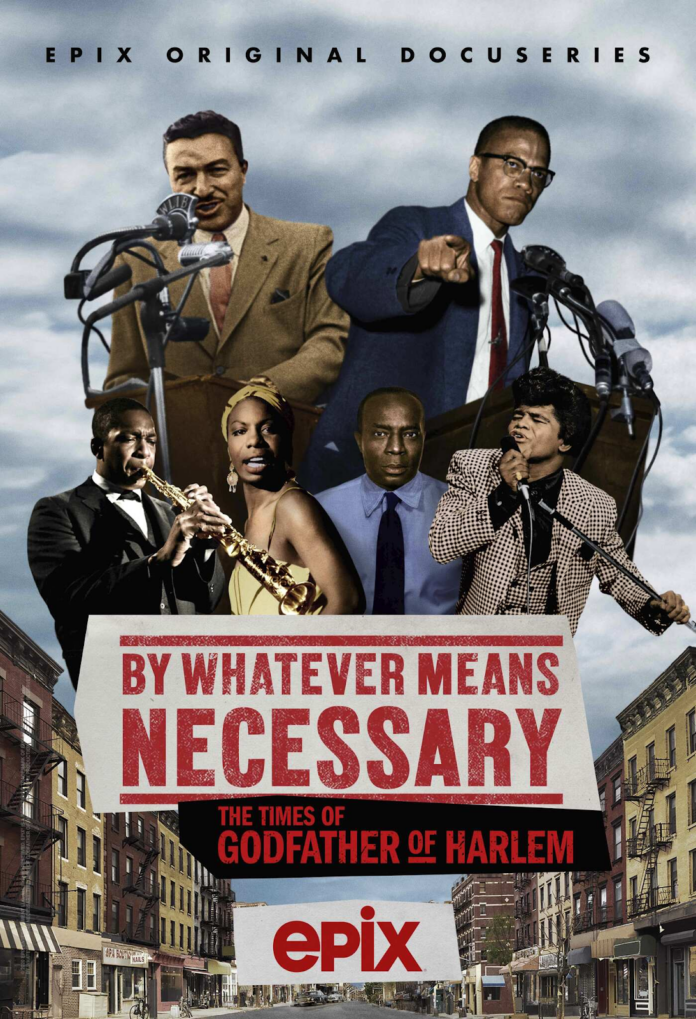 ( ENSPIRE Entertainment ) “By Whatever Means Necessary: The Times of Godfather of Harlem” Premieres on EPIX Nov. 8th at 10 p.m. ET/PT

Inspired by the music and subjects featured in the EPIX original series, “Godfather of Harlem,” “By Whatever Means Necessary: The Times of Godfather of Harlem” is a documentary series that brings alive the dramatic true story of Harlem and its music during the 1960s, connecting the history to the present. The series is directed by Keith McQuirter and executive produced by Nina Yang Bongiovi and Forest Whitaker from Significant Productions, Kasseem “Swizz Beatz” Dean and Keith McQuirter, Decoder Media.

The series will feature interviews with the stars of “Godfather of Harlem,” Academy Award-winner Forest Whitaker, Giancarlo Esposito, and Ilfenesh Hadera, and musicians Gladys Knight, Martha Reeves, Herbie Hancock, Nile Rogers, A$AP Ferg, CHIKA, Carlos Alomar, Robin Clark, and Joe Bataan. The series spotlights artists and activists who dared to use their voices, instruments, and lyrics to take a stand against oppression. Other notables in the series include activists Reverend Al Sharpton, Felipe Luciano, Denise Oliver-Velez, and Miguel Mickey Melendez; former U.S. Representative Charles Rangel; photographer Adger W. Cowans and historical eyewitnesses Billy Mitchell, Courtland Cox, Jamal Joseph, and Professor James Small, to name a few. Through archival footage and evocative imagery, audiences will see beyond the black and white historical images into the multicolored souls of musicians unafraid to use music as a weapon against change.

The first season of Emmy Award-winning and critically-acclaimed drama, “Godfather of Harlem,” produced by ABC Signature Studios, is currently available for streaming. Season two will commence production this fall.