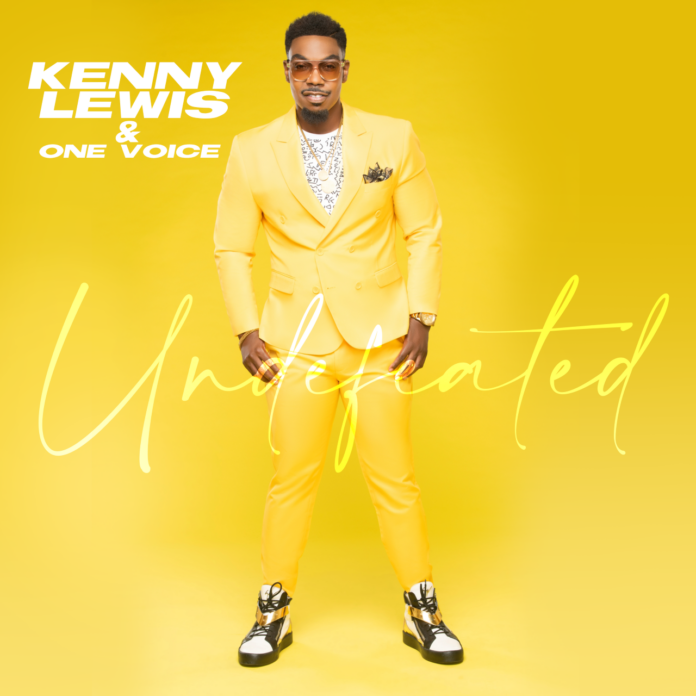 Gospel music has been the voice of hope within many communities and around the world for centuries, and “Undefeated”, the anticipated album released November 20th from Stellar Award-nominated gospel group, Kenny Lewis & One Voice, is no exception.

Kenny Lewis released his first national project in 2000 entitled “The Bridge” on Marxan/Malaco Records which featured the smash hit “Yes”. This project opened doors for him to travel the nation and share the stage with Gospel giants such as Albertina Walker, Tye Tribbett, Mary Mary, Dorinda Clark-Cole and Karen Clark-Sheard just to name a few.

In 2017, Kenny released the album “Refocus”. Refocus was another success for Lewis on Billboard Top Gospel Albums and Top Gospel Sales charts. He released two singles from the album: “Love Song” and “Thank You”. Both singles charted on Billboard Gospel Airplay chart and garnered more global attention for the group. “Refocus” generated over 1.5 million audio and video streams, truly exemplifying his level of influence within the gospel music industry.

Kenny has recently released a new album, “Undefeated” to help people find a “can do” mentality.

How has Gospel music impacted your life?

It has impacted my life in so many ways because Gospel music is my foundation. All of my family can sing, so growing up in church Gospel music was at the center of everything. I always knew I would choose Gospel as my genre to encourage and inspire people all over the world.

What does “undefeated” mean to you?”

To be undefeated is to have a winner’s spirit. Sometimes people of faith can encourage everyone else and not our own lives, and the purpose of this album is to remind people that God is still undefeated and He hasn’t forgotten about us.

How can someone work to have an “undefeated” attitude?

Through my music, I would like people to hear the message to stay encouraged and from that, they will have an undefeated attitude. I believe people’s mindset will change for the better when they realize losing is not an option and this album is a constant reminder of it. We have no other choice but to have faith in God.

Have you always had an “undefeated” attitude or was this someone you had to work on? Did you have any inspiration to get you to this point?

At times my faith has definitely wavered but my “undefeated” spirit was always inside me. Even if my winner’s outlook on life was low, I still believed in myself.