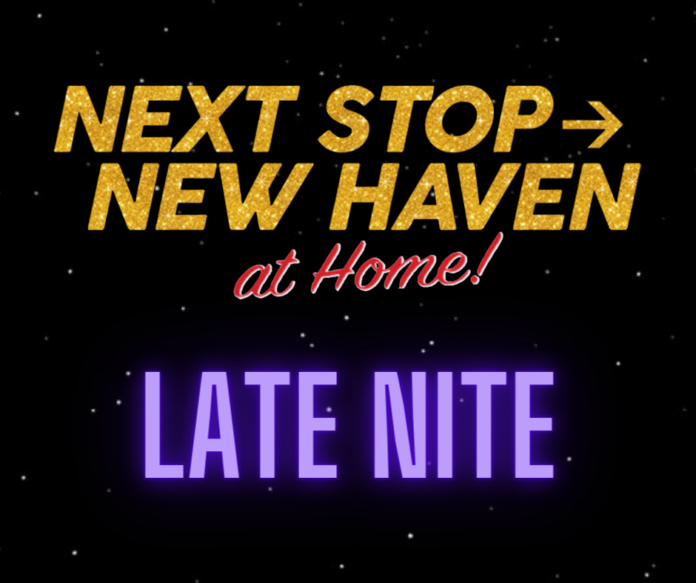 The Shubert Theater, located in the heart of downtown New Haven, Connecticut, has pivoted its signature theater fundraiser event Next Stop: New Haven to an online format for audiences to enjoy at home. Their first 75-minute live program accomplished their goal of raising funds and awareness for the theater and local restaurants. For the especially hard-hit performing arts and restaurant industries, the Shubert Theater has found a creative solution to continue doing what they do best—perform and support the local community. The Shubert Theater has launched three more (and counting) successful virtual events, including one scheduled for February 11th this year.

Opened in 1914, the Shubert Theater is a historic space best known for its pre-Broadway and Broadway series presentations, as well as performances of dance, cabaret, music, comedy, solo performances, and family entertainment. The Shubert Theater is owned and operated by CAPA (Columbus Association for the Performing Arts), a not-for-profit, award-winning presenter of national and international performing arts and entertainment.

In addition to presenting more than 600 pre-Broadway tryouts, including world and American premieres over its storied 100-year history, the not-for-profit organization fulfills its mission of making culture and performing arts accessible to the community at large through accessible programming and education and outreach offerings. Theater operations are supported by the generosity of loyal individual donors, corporate sponsors, and grant funders. With more than 150 events and performances each year, the Shubert Theater drives thousands of patrons to local restaurants and small businesses.

After hosting its last in-person performance on stage with a touring production of Cats, the historic theater was shut down because of the pandemic. In addition to the cancellation of its scheduled Broadway tour stops, comedy shows, family entertainment, and more, the second edition of its signature fundraiser, Next Stop: New Haven, was canceled. The event was created in 2019 as a fundraiser for the theater, as well as to celebrate rising stars on Broadway, announce the theater’s new season, and allow enjoyment of food and drink from renowned restaurants partners in New Haven, all the while making the event accessible for not only returning patrons but also new and younger patrons as well.

The leadership committee held the event for audiences from the safety of their own homes. Besides raising funds for the Shubert and bringing fresh entertainment into the community, the goal was to infuse much-needed funds into the restaurant industry while both indoor and outdoor dining were still closed under state mandate. With just three weeks of planning, the small team assembled Next Stop: New Haven – At Home, a 75-minute live program, which included a cocktail-making class with the owner of a historic local bar, a cheeseboard assembly class, Broadway trivia, performances from two up-and-coming Broadway actors, and a peek at the theater’s next Broadway series. Priced at just $75, the “ticket” included not only a log-in to the live event but a goodie box picked up curbside that afternoon from the theater, which included purchase food and beverages from five local businesses and Shubert brand glasses.

The event sold out. As a result, the team assembled a similar program in October and December with a new list of restaurant partners and performers. Next Stop: New Haven – At Home Holiday Edition was fun for the whole family and was complete with hot cocoa, an elf-hat-making class with a theater costume designer, a cocktail for parents, and a holiday sing-along with Stephanie Jae Park (Eliza in the national tour of Hamilton).

The Shubert Theater also donated to charitable organizations. From their May event, the theater donated to Frontline Foods New Haven, an organization feeding the hospital frontline teams at Yale-New Haven Hospital and the VA Hospital. The October event also served as a Thanksgiving food drive during box pick-up, and the December event donated family-friendly tickets and boxes to a local community library.

With the success of the three virtual events, the Shubert has scheduled a Next Stop: New Haven – At Home ‘Late Nite’ event on February 11, 2021. The Shubert Theater’s pandemic pivot is an amazing example of the value of the arts community and the ability of everyday people to mobilize and support each other and important causes. We often forget the impact of our local community spaces and how some of the greatest changes come from the bottom up. The Shubert Theater not only champions the arts and performers during this difficult time but also provides community togetherness, even when we are physically apart.

Michelle Danner Shares Her Creative Experience With the World

The Outfitter of the Stars Shares His Success and His Passion...