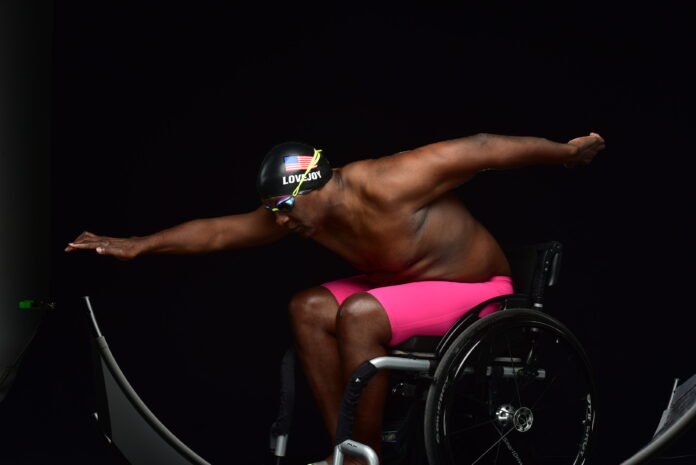 ( ENSPIRE Man Code 101 ) After His Diagnosis, Curtis Lovejoy Fights To Prove That Anyone Can Rise Above Despite the Challenges Life Brings To the Table

After a life-changing car accident at age 29, where he survived and surpassed a c5-c7 spinal cord injury and paralysis from the neck down, Curtis Lovejoy managed to become an inspiration to most in the world of athletics. After his paralysis, he overcame his fear of swimming and began to break records a year and a half later by swimming every day. Stopping, despite the circumstances, was not an option for Curtis.

Becoming a first-time athlete to win gold medals in two non-related sports, fencing and swimming, he holds 11 world records, 14 American records, 14 Pan–American records, and is the world’s number one Tetra Fencer in the world. He has won over 500 gold medals in swimming and 200 in fencing. Although his successes have been huge, Lovejoy has faced many challenges in his life, the most recent being the discovery of an aggressive form of leukemia (cancer in the blood).

Doctors constantly reminded Lovejoy of his accomplishments as a way to motivate him to continue his passions in the world of sports after he underwent eight rounds of chemotherapy for his leukemia. The COVID-19 pandemic placed complications on his treatment. He could not have his wife, Mamie, by his side, he lost 56 pounds, and was unsure whether or not he was going to make it. Without hesitation, after a hard-fought battle, the 62-year-old athlete was back in the pool once he was released by his doctors and had started his recovery. He worked hard to qualify for the national team again but treated his body in a whole different way.

Now, after his recovery and plenty of rest, he is ready to take on the competition, and with patience and dedication, he is looking at another big win for his swimming career in the near future. Even if the world doesn’t think he can do it, Lovejoy will keep fighting to prove he can rise above anything that comes his way.

To learn more about Curtis Lovejoy, his career, accomplishments, or to order his book A Little Love and Joy, you can check out his website here.