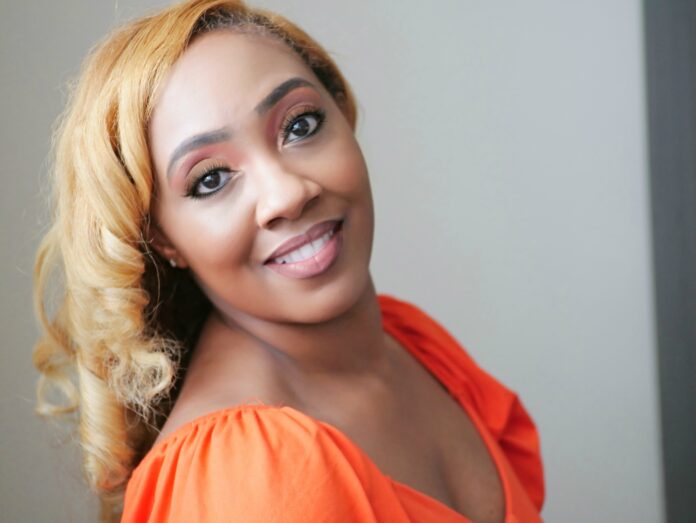 Radio host, TV host, actress, and owner of her own beauty line, Atlanta media personality Mo Clark can do it all. Starting her career in 2014 as a party and event promoter in Atlanta, Clark’s bright personality and charisma quickly earned her an abundance of attention and new fans. So much so that, in 2016, she was offered a rotating spot on a local internet radio show, which would quickly become permanent as a result of her natural talent and work ethic.

Since then, Mo Clark has been committed to growing her signature brand all across Atlanta and beyond. She took a gigantic leap of faith in 2018 by leaving her previous show behind and forming her very own radio talk show, “DasPostUp,” which is now a TV show on Status Network’s Global Vision TV. And as if she wasn’t busy enough, in 2014 she began working on her own cosmetics line, starting with lipsticks and quickly expanding the brand to new formulas, finishes, and products. A true self-made woman, Mo Clark shows everyone the value of hard work and believing in yourself.

In 2018, you decided to leave your radio show to strike out on your own. Was that a difficult decision to make? How did you overcome any hesitancy or self-doubt?

It wasn’t my radio show. It was a radio show that I was apart of. I’d been with the team for three years so, of course, I was hesitant. People had been trying to get me to start my own show for years, but I didn’t feel ready. Then it was like, “why not?” There were so many different ways to get things done. Podcasts were popping up everywhere. I realized I wanted to do something different. My show wasn’t going to focus on just one thing and certain types of interviews. I wanted to hear everyone’s story. So I got to work.

You’ve interviewed a number of celebrities throughout your career, is there someone you’ve always wanted to interview that you haven’t had the chance to yet?

Geesh, sure. One person I would love to interview is Oprah. The reason is she dealt with a lot to get to where she is. From being fired, to having her own show, to her own magazines and network. So she’s definitely someone I would love to chat with.

Who is a woman who inspires you or that you look up to?

You’ve recently launched your own beauty line! What inspired you to get involved in the beauty community?

I’ve always been a girly girl. Always loved makeup and lipgloss. I started seeing “launch your own lipstick line” in my feed. The first company that I went with was horrible. I knew I didn’t have time to be gone, mixing up colors and such, so I opted to use a vendor. There have been bumps and bruises along the way, but I think you keep going until you get it right.

What made you want to pursue a career in media? Has it always been a goal for you?

I’ve always loved writing, acting, and being in front of a camera. I went to a performance arts high school where I focused on writing and drama. I started pursuing my degree in journalism. Unfortunately, when my father passed away, I left college and moved to Atlanta. So with a child, naturally, I had to find something that paid the bills. But things have evolved, and it’s easier to break into the network and make connections. I’ve found that if you keep your circle small and chin up, you’ll be able to keep it moving.

What advice do you have for a young woman looking to pursue a career in media?

Stay classy at all times. You will be tested and compared, and you will even compare yourself to others. The very best advice I can give is do you and stay true to yourself. Never compromise who you are and what you believe. Don’t back down. Under no circumstances, DON’T BACK DOWN!

As she continues to make a name for herself in Atlanta, her undeniable talent, natural charisma, and infectious personality prove why she is guaranteed to be a force in media and entertainment for years to come. A shining example of the power of having faith in oneself, Clark is just your average girl next door with connections in the ATL. So, If you’re looking to be up to speed on what’s happening in Atlanta, Mo Clark is your girl.

Chef Jernard Makes Breakfast on the Go on the Newest Episode...