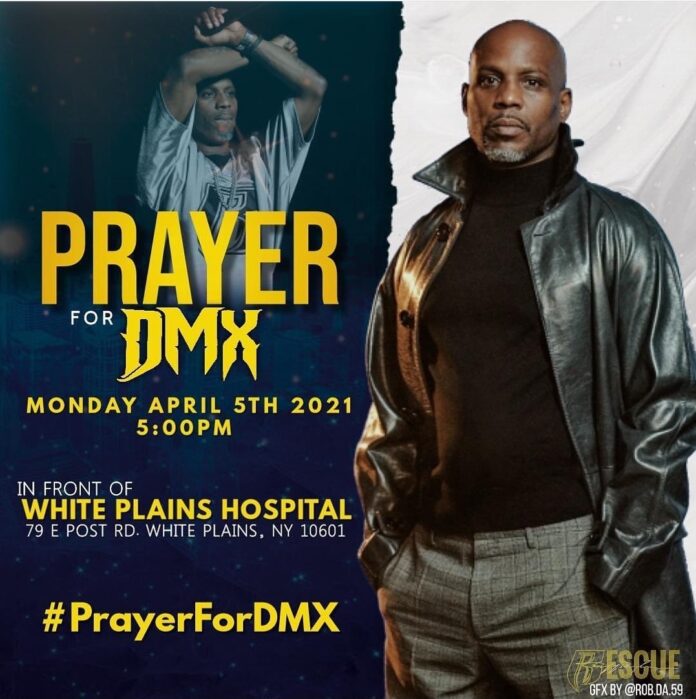 Rap legend Earl ‘DMX’ Simmons was rushed to the hospital Friday night (4/2/2021) following a reported drug overdose and subsequent heart attack around 11 p.m. An ambulance transported the New York native to the ICU at White Plains Hospital where he currently remains in critical condition. Paramedics tried resuscitating him for 30 minutes, and during that time he was deprived of oxygen, severely affecting his brain.

The Grammy-nominated artist has battled drug addiction for most of his life, a tragic result of him being tricked into smoking crack cocaine at just 14 years old. His passionate expression of the obstacles he’s overcome portrayed in his music gained him a loyal followership, fans identifying with his grit and tenacity.

X began releasing music in 1991 at 20 years old under the name “DMX the Great”. However, his rise to superstardom would come a few years later. Under hip hop collective Ruff Ryders Entertainment, he released hit albums like “It’s Dark and Hell Is Hot” (1998), “Flesh of My Flesh, Blood of My Blood” (1998), and “… And Then There Was X” (1999). X also appeared in various blockbuster movies including Belly (1998), Romeo Must Die (2000), and Cradle 2 the Grave (2003). A prominent figure in the rap game, he is best known for his unique sound and distinct portrayal of life in his songs, music videos, and movies.

False reports circulated on the internet over the weekend reporting that X was off life support and breathing on his own following an incorrect update from the rapper’s attorney. However, he remains on life support in a vegetative state with little brain function. News outlet TMZ reported on Saturday morning (4/3/2021) that X’s prognosis is “not looking good”, doctors cautioning that he may not make it.

The hospital has allowed X’s fiancée, Desiree Lindstrom, and mom, Arnett Simmons to visit him. His children have also flown out to White Plains, NY in hopes of seeing him, as well. X ‘s fans have continuously shown support, bumping his music outside of the hospital. Footage of the ‘Ruff Ryders’ Biker Club showing support outside the hospital on Easter Sunday has also surfaced on media coverage site TheShadeRoom and Twitter. X’s family plans to hold a vigil outside of the White Plains Hospital in New York Monday afternoon (4/5/2021) at 5 PM ET and asks that we continue to keep him in our prayers.