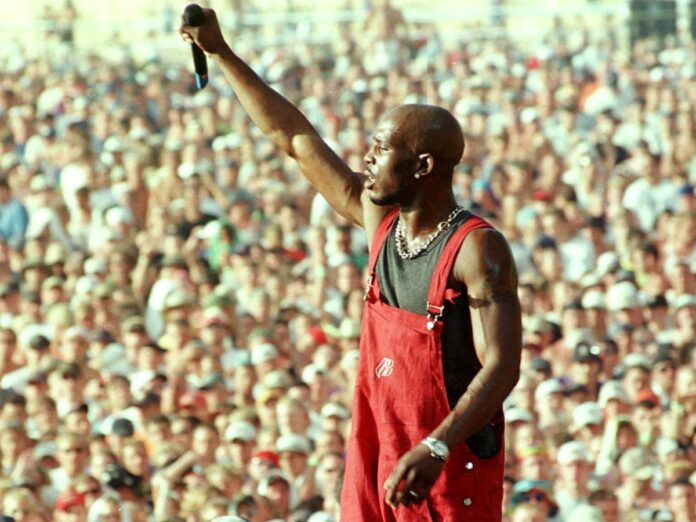 ( ENSPIRE News ) Iconic Rapper, Songwriter, and Actor DMX Legacy Will Live on Through His Music and Fans

Rap legend Earl ‘DMX’ Simmons passed away in White Plains, N.Y. at 50 years old. His family confirmed the icon’s death Friday morning (April 9). Simmons spent a week on life support at White Plains Hospital following a drug overdose and subsequent heart attack on Friday night (April 2). Paramedics tried resuscitating him for 30 minutes, and during that time he was deprived of oxygen, severely affecting his brain. All throughout his stay he remained in a vegetative state.

His family was by his side at the hospital and were present for his last days. Fans showed support for the artist, gathering outside the hospital to play his music and celebrate his legacy. X’s family held a vigil outside of the White Plains Hospital Monday afternoon (April 5) at 5 PM ET. Fans prayed he would win in this fight for his life, coming out stronger on the other side as he had so many times before.

It’s no secret to all who got to experience X that he’d been a fighter all his life. The artist had a rough childhood, growing up in a dangerous neighborhood in Yonkers, NY with a difficult family life. DMX was still a child when he escaped his abusive household by turning to the streets and crime. Picking up carjacking and thieving, he was tossed back and forth between group homes and juvenile detention centers. Worse yet, he was tricked into smoking crack cocaine by a mentor he trusted at just 14 years old, triggering a battle with drug addiction that ultimately cost him his life.

Music was his escape from all the trauma he experienced in his day-to-day life. He started beatboxing in the underground hip-hop scene and from there transitioned to battle rap. DMX was making a name for himself on the streets but he seemingly became mainstream overnight when he started releasing music under hip hop collective Ruff Ryders Entertainment, a branch of Def Jam.

People resonated with his messages about perseverance and his ability to portray both the light and darkness that is inevitable in this human experience. Although the overall tone of his music was hard, gritty, and aggressive, he notably expressed his pain about the difficulties he’d faced, something that was uncommon for rappers or black men. He was unapologetically open about his vulnerability, demons, and flaws.

We recently got to see X on Verzuz in July of 2020, where he battled Snoop Dogg. The stream was DMX’s last true performance and broke the all-time Apple Music live-stream record with over 600,000 concurrent viewers. Through the stream, he was blessed to smell his flowers and receive praise from his peers while he could. In his final aired interview on “Drink Champs” X was excited to announce that he was working on a new studio album which would feature artists such as Snoop Dogg, Alicia Keys, Pop Smoke, Griselda, Lil Wayne, Usher, and Bono. His reemergence made it clear he’d reach a new stage in his life, seeming happy, at peace and optimistic about his future.

DMX supported causes pertaining to at-risk and disadvantaged youth, education, and family support. After a near-death experience in 2016, he emerged from rehab with a renewed sense of faith and desire to inspire others. X spoke a lot in his later interviews about his faith and continuing to push forward and fulfill God’s plan for him. Many fans and people close to the artist will tell you that X was a generous and kind man who was readily willing to help others in need.

His hard-learned lessons and success motivated him to look out and help others. In 2011, he helped nightclub employees at their job. DMX was reportedly vacuuming a venue famously saying “Broom, vacuum, mop, whatever … it’s a rewarding experience. What can I say? I like clean sh*t and the supplies were available.” Similarly, X helped a Waffle House employee mop up after a long shift. In 2019, he spontaneously covered a customer’s sneaker purchase for her daughters going back to school.

He touched millions with his music, sharing his wisdom and light and it is truly a devastating day in Hip Hop for all who loved him. “Earl was a warrior who fought till the very end,” his family said in a statement. “He loved his family with all of his heart and we cherish the times we spent with him. Earl’s music inspired countless fans across the world and his iconic legacy will live on forever. We appreciate all of the love and support during this incredibly difficult time.” The family will announce information about his memorial service once they finalized the details.