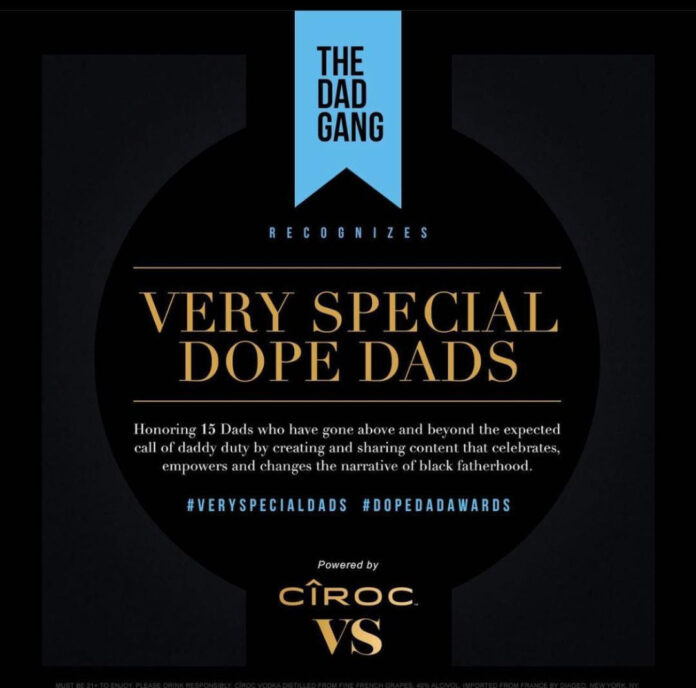 The Dad Gang and CÎROC VS Fine French BRANDY have teamed together to honor the amazing fathers who are making a difference in their communities through their unique and outstanding roles at the inaugural ‘Very Special Dad Awards.’ In today’s modern culture, fatherhood takes on numerous forms depending on the family and generation.

About the Event Host

About The Dad Gang: Our goal is to bring #TheDadGang to every major city, spreading the word and showing proof that black fathers are in fact very present and active in our children’s lives. We aim to set the new standard of what black fatherhood looks like worldwide.

About CÎROC: CÎROC is a spirits brand originally launched in January 2003 with its signature ultra-premium vodka made from fine French grapes, which are distilled five times, providing a crisp clean taste and citrus nose. In October 2007, DIAGEO–the world’s largest spirits and beer company–made spirits history by entering a strategic alliance with entertainment entrepreneur Sean Combs, in which Mr. Combs and Combs Enterprises assumed the lead on all brand management activities for CÎROC.