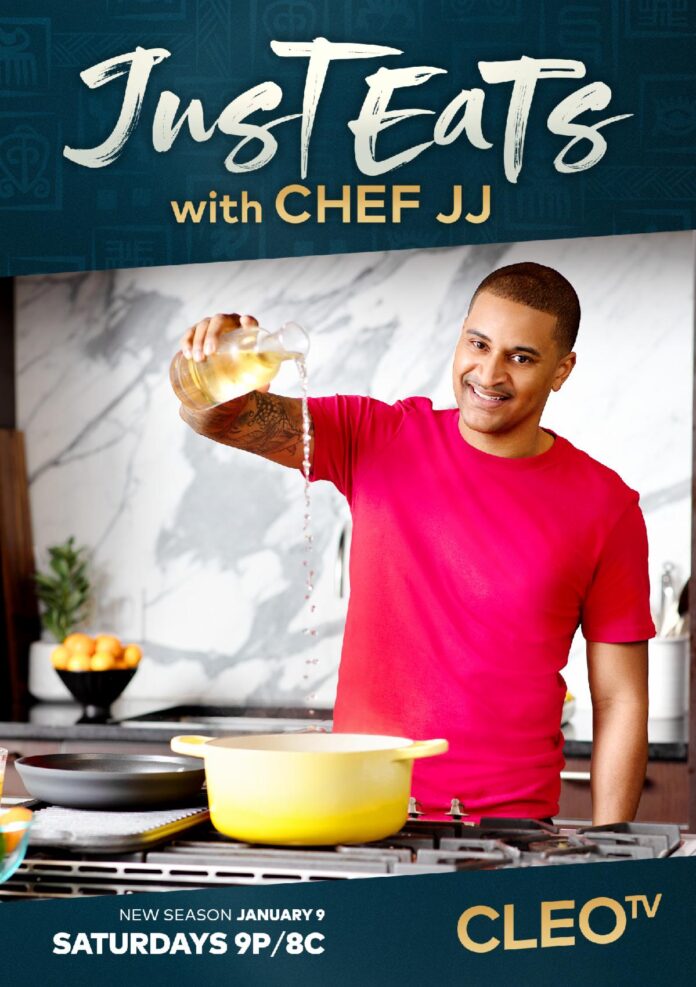 On the episode, Chef JJ and vegan restaurant founder and personality Pinky Cole prepared a delicious and satisfying plant-based meal, including Stuffed Eggplant with the works and a Vegan Black Bean Burrito with Papaya and Tomato Pico de Gallo. The vegan charm continued in the complimenting drink, a Gin Gin Cocktail.

“Just Eats With Chef JJ” is produced by Powerhouse Productions with Rochelle Brown and Sonia Armstead serving as executive producers. Jason Ryan is the executive producer in charge of production for TV One; Donyell McCullough is senior director of talent and casting and Robyn Green Arrington is vice president of original programming and production.

CLEO TV highlights a new episode of “CLEO Speaks” aired April 4 at 9 p.m. ET/8 p.m. CT. The groundbreaking and candid series showcases some of the most powerful and influential women of color in the country to tell their story and speak their truth in an intimate setting.

In the episode, “CLEO Speaks” Ayahlushim Getachew shared her experience as an Ethiopian-American real estate mogul. Taking after the spirit of her grandmother who was a land baron in the time of a patriarchal society in Africa, Getachew moved to the U.S. at the age of 14 with the same tenacity to make her mark. She spoke candidly on the nuances of gentrification, raising Black sons, and the lack of diversity within such a male-dominated industry.

CLEO Speaks is produced by Ruby Red Inc., with Gina Holland and Martine Charles serving as executive producers. For CLEO TV, Jason Ryan is the executive producer in charge of production; Donyell McCullough is Sen. Dir., of talent and casting; and Robyn Greene Arrington is vice president of original programming and production.

JUST EATS WITH CHEF JJ Airs on Saturday, January 26 at...