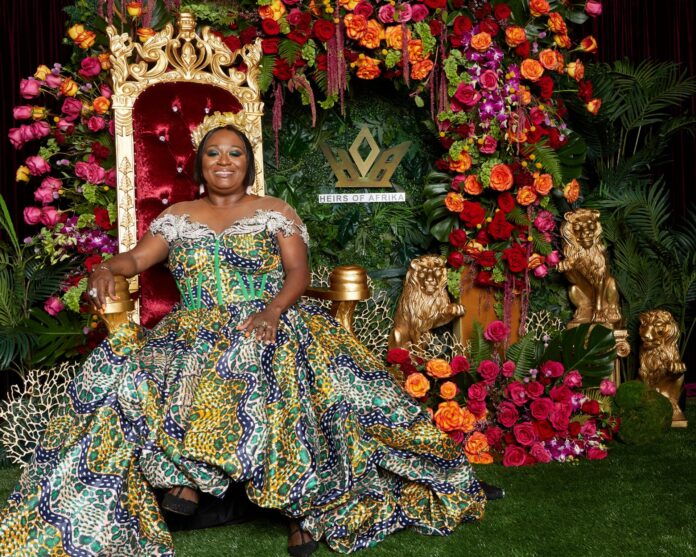 Showing her own passion and strength, Koshie Mills, a long-time Hollywood powerbroker, and executive producer, brought together women from around the world to celebrate sisterhood and excellence at the 4th Annual International Women of Power Awards. The event helped reaffirm the connection between Afrika and its Heirs in the diaspora by bringing together and honoring so many unique talents from this community, helping accomplish Founder Koshie Mills’ goal to support black women worldwide. And additionally exhibited much of the event’s goal in an initial declaration of the attendees, where they were invited to declare that “I am a daughter of the soil” and “I am a son of the soil,” again showing and reaffirming a connection between Africans on the continent and those global descendants in the diaspora.

Live entertainment electrified the crowd with a diverse array of African talents, with performances such as Grammy-winning gospel artist Mali Music crooning to the audience with his songs “Blessed” and “Beautiful” played alongside the sounds of African drums. As actress Nomzamo Mbatha said of the event and performances, “the cross-pollination is long overdue,” and this event, alongside Koshie Mills’ efforts, has helped this cross-pollination. Again, the event’s broad and wonderful cultural roots helped inspire passion throughout the venue and cement the connection between Afrika and its Heirs in the diaspora.

Though the event also featured many other wonderful aspects, the main goal of the beautifully designed event was to honor black women who are change agents, thought leaders, and dynamic representations in their communities. This was especially prominent with the Heirs of Afrika Signature Throne Room, where these influential women were photographed as the Queens they truly are. All of this set the stage for the night’s eight honorees from across various industries, those women being:

While articles could and should be written about the individual achievements and work each of these women has accomplished, it’s also important to note just how important it is for these women to be recognized and honored for their accomplishments to help provide that extra support can continue to push these women to be the outstanding agents of change that they are. As Congresswoman Maxine Waters said at the celebration, “This is a very dangerous event. When you inspire me like this, I go to Washington, and I take on everybody.” It’s this encouragement and support that is of supreme importance, and so the work of Koshie Mills and everyone involved in the event, including celebrating presenters like Karimah Westbrook and special guests like Kofi Siriboe, among many others, should also be acknowledged as playing an important role for the continual push for positive change across the world and a continual cementing of the African community.

Overall, The 4th Annual Heirs of Afrika International Women of Power Awards were a tremendous success, showing how important it is that we as a society continue to recognize those who are pushing for positive change. As Koshie Mills herself says, “Black women are strong, beautiful, intelligent and the spiritual conscious of their households, yet they are rarely celebrated. My goal with Heirs of Afrika’s International Women of Power Awards is to change the narrative by demonstrating the magnificence and resilience of Black women around the world.” It is clear by the reactions of attendees and honorees such as Congresswoman Maxine Waters how successful Heirs of Afrika is at demonstrating and making these women recognize their own magnificence. We should all look towards figures like Koshie Mills and the honorees at events like Heirs of Afrika as positive change models.

Related Articles: Brandee J: Empowering Women Because She Can