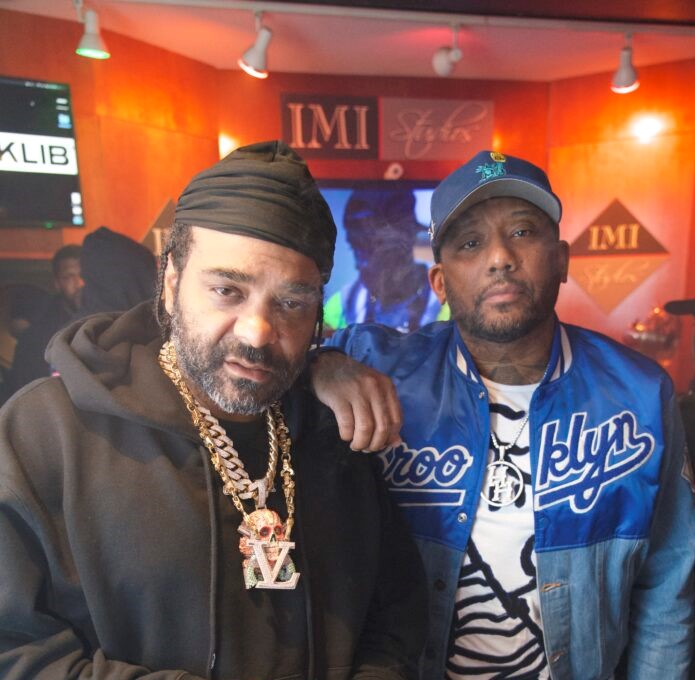 Over the weekend, the Lobby Boyz, hip hop’s newest supergroup, hosted a listening session at IMI Studios in NYC. For a room of industry elites, platinum rappers Jim Jones and Maino performed several tracks from their highly anticipated upcoming self-titled album. “We took a lot of samples that were familiar and modernized the drum patterns and the baseline to bring it to now,” said Maino.” Pete Rock, the legendary producer, DJ, and performer, as well as mega-producer Jerry Wonda, came out to support the duo.

With a new album on the way, they’ve teamed up with Tracklib to provide a placement to one talented up-and-comer. You can win a potentially career-changing award by flipping any song on Tracklib and impressing the duo.

The Lobby Boyz also played several beats from up-and-coming producers who have submitted already for their Tracklib Beat Battle Competition. The journalists and fans in attendance helped Capo and K.O.B. pick some of the hottest from the batch for consideration to make the upcoming album. “We’re looking for that fire — we’re looking for that one dope producer to be on the Lobby Boyz album,” said Jim Jones. “Send the best beats you got, if my email ain’t sizzlin (you’re out).”

Capo and Maino will be listening to the submitted tracks and selecting the winner themselves! Interested producers can go to Tracklib.com/LobbyBoyz to see all of the rules and guidelines. The contest ends on Sunday, October 10th.