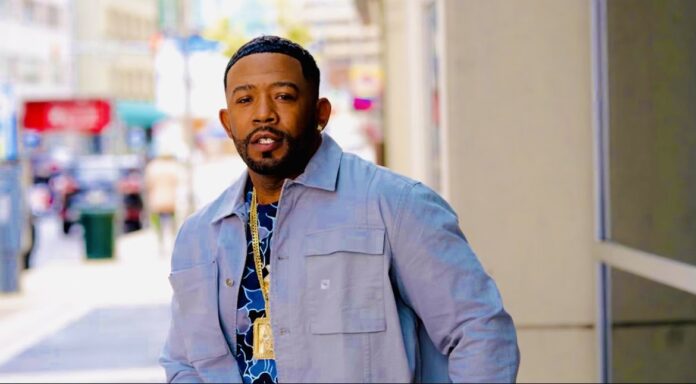 Preston A. Dent, a multi-talented creative known as E.B.M Thuggy, is a super quadruple threat with music, books, acting, and screenwriting in the entertainment industry. The free world has been mesmerized by his exhilarating talents. From stopping traffic in the streets selling his music and books to building a music conglomerate, Early Bird Mob (a click under Post Up Productions), there’s no stopping this high-energy, highly entertaining music force. Industry insiders and music heavyweights all agree this guy is what’s happening now, and in the future.

As of today, he has worked with many significant artists in the industry, opening for acts such as Styles P, Young Gunner, Cassidy, Tierra Marie, Fabulous, Trey Songz, Young Jeezy, Yo Gotti, Nicki Minaj, Remy Ma, Dipset, Chris Brown, and the late DMX. He has also done collaborations with DJ Holiday, Pastor Troy, and Ar-Ab.

With many albums under his belt, Preston established his own publishing company entitled Early Bird Writers Group. Under his publishing company, he has released three novels, “David 1 and 2 and Katya- Rise of a Sex Slave. He has also released his first short film that he wrote and starred in as the main actor titled “Twisted Morals.” So E.B.M Thuggy is stamped, sealed, approved, and will be around for the next generation to come.

ENSPIRE Magazine spoke with Preston as he gave some advice on the entertainment industry.

As an artist, if you could define who you are in one sentence, what would the definition of Preston A. Denton be?

I would define Preston A. Denton as a hustler.

You’ve been in the industry for quite some time and have worked with various big names. What has that experience been like for you?

It’s always a great experience to open up for great artists, but there is one that stands out the most. Which would be when we performed in Reading, PA, and opened up for D.M.X., rip! We were in DMX’s room and started freestyling with my female artist; he was killing it.

He rocked with us heavily and felt our vibe. Then he told us to get with him on some music. It was always fun, always an adrenaline rush anticipating the reaction from the crowd and wondering if the main act would be watching your performance.

You mentioned you have an upcoming short film titled “Twisted Morals”; what was your motivation behind the film, and what’s the film’s premise?

Well, Twisted Morals is an 18-minute short film which is a street story of a guy being betrayed by his baby mother. My full-length film is titled Alcoholic Bruce, a story about a comedian dealing with alcohol addiction.

With all the endeavors you have going on, being an artist, an author, and filmmaker, which do you feel closest to?

I feel closest to being a writer. Writing is the core of it all; it’s part of everything I do, be it writing raps, writing books, writing films, or writing any idea down that I bring to life.

Do you have any tours coming up, in person or virtual? If so, can you provide details?

As of right now, we are in the process of arranging a book tour and music tour.

If you could give some advice to an artist striving to make it in the industry, what would it be?

First, you should never lose yourself while pursuing this game and be prepared for the long haul because success doesn’t come overnight. Always think ahead with your writing; your next song is better than your last. Second, make sure you fill your obligation of making sure your business is straight—copyright everything; before you let anyone know your vision or hear your work make them sign something. Finally, the most important thing is always to have an attorney when signing your life to someone’s company.

Preston A. Dent is truly an artist who defines the term hustle. Continuing his grind, whether writing music for himself or others and creating films, he is determined to continue climbing the ladder of success.