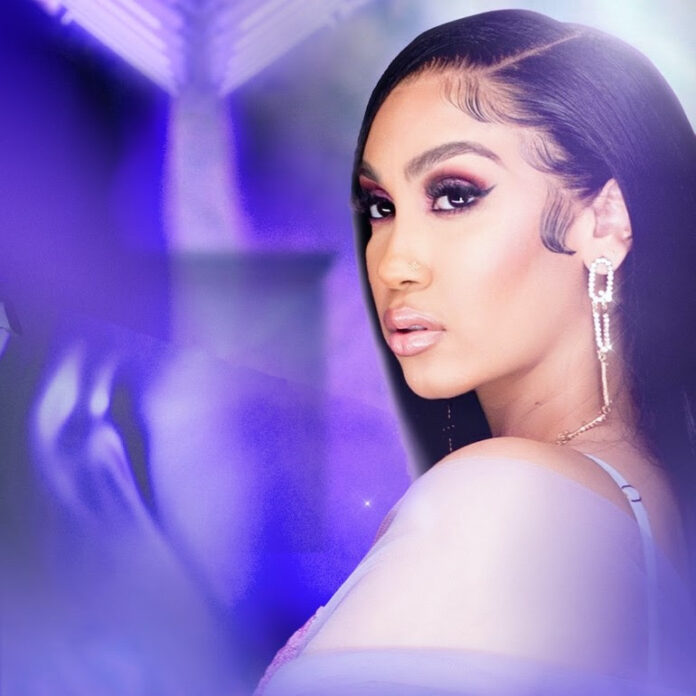 Queen Naija teams up with Kiana Ledé in the official video for “I’m Her’. In the clip, Queen plays the sophisticated owner of an opulent salon managed by Ledé. When an overbearing admirer tracks Ledé down at work, she and Queen put him in his place. The two breakout R&B stars shot the video in Atlanta with AlphaMale Visuals (YFN Lucci, Yung Bleu), the production team behind Queen’s videos for “Butterflies Pt. 2” and “Pack Lite.” Jnico directed, and Roger Alexander produced. View the official video for “I’m Her” ft. Kiana Ledé HERE.

The confident, sultry “I’m Her” is a fan favorite from Misunderstood…still; Queen’s debut album’s deluxe edition entered Billboard’s Top R&B Albums chart at No. 1 and earned a place in the top 10 of the Billboard 200. In addition, the album includes “Butterflies Pt. 2,” which hit No. 1 on the Mediabase and BDS Urban AC charts, and the Gold-certified single “Pack Lite.”

Queen will be touring in support of the album this fall. She has added a November 15 show at The Novo in Los Angeles to the headline run. Tickets for the newly added date went on sale today and are available HERE. The Butterfly Tour will kick off on October 17 at Center Stage Theater in Atlanta, GA, and include shows at Brooklyn Steel in New York City (October 24) and St. Andrews Hall in Queen’s hometown of Detroit (October 28). TINK will be the special guest on most dates, including the Los Angeles show. See below for the itinerary.

With her alluring blend of early classic R&B, soul, pop, hip-hop, and singer/songwriter genres, Ledé has also achieved several milestones with her debut album. Entitled KIKI, it bowed in the top five of numerous charts, including the Billboard Top R&B Albums chart, Apple Music R&B/Soul Albums chart, and iTunes R&B/Soul Albums chart — as well as the Top 10 of the Apple Music Overall Albums chart. In addition, KIKI has gained over 450 million streams, to praise from ELLE, Billboard, Highsnobiety, VIBE, and many other publications.

Be sure to check out the latest ENSPIRE Magazine “Be Well” Issue Here.