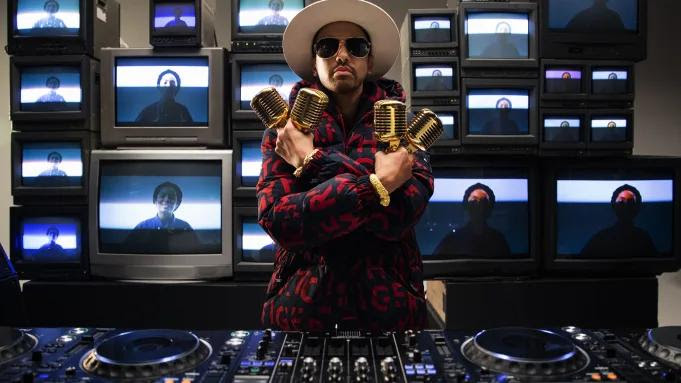 Expect an exciting night for Hip Hop on Tuesday, October 4th, as the final episode of DJ Cassidy’s Pass The Mic follows the annual “BET Hip Hop Awards”. The series, which features legendary RnB and Hip Hop artists performing their most notable hits, has aired nine episodes so far on BET. The upcoming special will be the tenth and final installment and features an impressive roster for the occasion. DJ Cassidy will be joined by Busta Rhymes, Ghostface Killah, Ice Cube, Jadakiss, Method Man, Redman, Raekwon, Remy Ma, RZA, Styles P, Swizz Beatz, Too $hort, and more.

The series began in DJ Cassidy’s living room back in 2020, as a way to spread some positivity in the heart of the pandemic. Cassidy’s initial goal was to “celebrate our everyday heroes by uniting my musical heroes in the greatest singalong of all time.” Since then, over 200 artists have appeared on the show to millions of viewers. The show has transferred from its online home to BET, where it acts as sort of an after-party to the network’s award shows.

DJ Cassidy’s legendary musical guests join him virtually and perform some of their greatest hits before “passing the mic” to the next guest. The series shines not only in the individual star-power of its guests but achieves something special by uniting them together. It is truly a celebration of the culture, a unifying experience for its guests and viewers, and has been highly acclaimed in its run so far. Fans can catch up on previous episodes on YouTube, or on BET.com.

This upcoming episode however will be the last. In order to catch the special series finale live, tune into BET this Tuesday, October 4th, at 11:30 immediately following the BET Hip Hop Awards. Some of DJ Cassidy’s guests- including Ice Cube and Busta Rhymes- will be making appearances at the award show as well. Hosted by rapper Fat Joe, the award show begins at 9:00 pm, making Tuesday an undeniably epic night for Hip Hop that fans won’t want to miss.