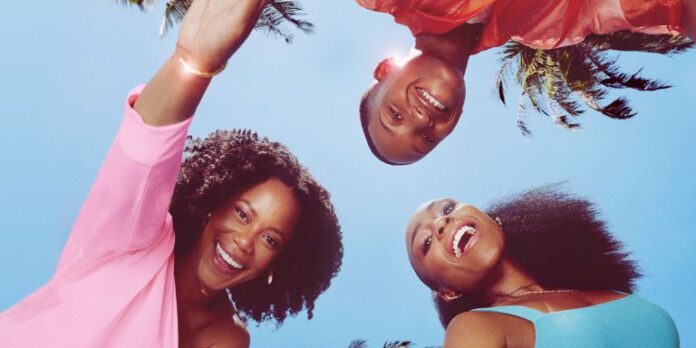 “Twenties” made history as the first primetime show to have a masculine-presenting Queer woman of color as the lead. Waithe and Hillman Grad Productions created and wrote the scripted series, which stars Jonica T. Gibbs as Hattie, a queer Black girl in Los Angeles pursuing her dreams of becoming a screenwriter alongside her two best friends, Marie and Nia, who are played by Christina Elmore and Gabrielle Graham, respectively. The sisters count on each other for guidance as they traverse their twenties and push the bounds of diversity, love, and inclusiveness, even though they live separate lives. The series “Twenties” is the network’s first GLAAD Media Award nomination for a series.

About “Twenties After-Show With B. Scott”

In the premiere episode, B. Scott sat down with Lena Waithe and Jonica T. Gibbs where they took a deep dive into the new season discussing, Why Lena took a chance on newcomer Jonica T. Gibbs? Why it is so significant to have a Queer, Black woman as a lead character on TV? How did “Twenties” find its home on BET? And a lot more!

For more information on “Twenties” and “Twenties After-Show With B. Scott,” please visit BET.com/Twenties and join the conversation on social media using the hashtag #TwentiesOnBET

Subscribe to the ENSPIRE Magazine Newsletter to receive updates on the latest Entertainment and Community News and information on the upcoming “Be-Well” Print Edition.