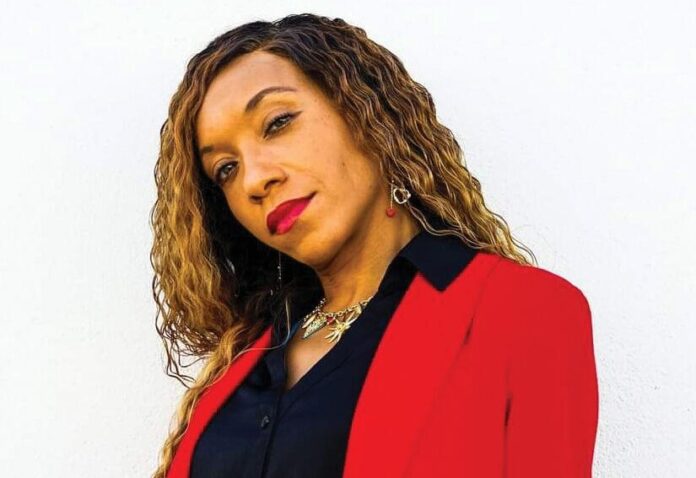 ( ENSPIRE She Did That ) Emergency Physician Dr. Kellye Hall Executes Black Girl Magic by Inspiring Others to Pursue Their Passions

A doctor in the house named Kellye Hall gives medical advice to patients and performs new dance moves onstage. She’s a Board Certified Emergency Physician currently practicing in Charlotte, NC, besides running a hip-hop dance studio called “NC District.” She discovered her passion for being a doctor at a young age and has always excelled in athletics, the arts, and academics. While taking tap and ballet lessons as a child, she realized her genuine passion was hip-hop and created choreography with a group of friends. She accomplished her goal of becoming a Blue and Gold Marching Machine member at North Carolina Agricultural and Technical State University. She became the first drum major in the band’s history.

Hall always loved to dance but knew she was destined to be a doctor. Putting dance to the side, Hall attended medical school at the Brody School of Medicine at East Carolina University and received her training at Pitt County Memorial Hospital. Little did she know that she had to face obstacles while pursuing a medical profession (including patients doubting her medical expertise). Feeling overwhelmed, Hall almost gave up until she encountered a young female scribe in need of mentoring. It was then that Hall realized her passion wasn’t in being a physician, but mentoring young women, especially those pursuing a medical career. In 2018, she revived her love of dancing and took the big step to become the owner of NC District when the founder, former NBA dancer Ana Ogbueze, pursued other passions. Hall has been involved with two shows at the dance studio called “Project: FULL OUT,” a 6-8 week training program and live dance event that challenges both dancers and the narrative of the true definition of being a dancer. Being an HBCU graduate, this doctor and dancer has and continues to push forward to pursue her goals to inspire others.

ENSPIRE spoke with Dr. Hall about her career and her latest memoir.

At age 2, you discovered that you wanted to become a doctor. Can you share the moment that inspired you to pursue this career field?

My mom told me I’ve wanted to be a doctor since the age of two, so I don’t remember one pivotal moment that made me decide what I was going to do. However, when I was taking a health occupations education class in high school, I remember learning the circulation of the heart. I was so fascinated with it that I thought I wanted to be a cardiothoracic surgeon. Then I realized how long it would take me to be done with my training finally, and I quickly decided that was NOT going to be my specialty. LOL. But the desire to be a doctor remained.

In addition to being an Emergency Physician and the owner of a hip-hop dance studio, NC Dance District, you’re also a 2x best-selling author. Can you tell us about your recently completed memoir “I Am The Beat?”

My memoir is my journey from birth to my emergency medicine residency. The theme of it is about following the path God designed for me to achieve the goal of becoming a physician instead of following a cookie-cutter pattern that people wanted me to follow. It included going to an HBCU and becoming the first female drum major of the Blue and Gold Marching Machine at North Carolina Agricultural and Technical State University, which helped me get into medical school. I glimpse how I achieved success despite some of the obstacles that I didn’t realize could be seen as adversity.

How do you balance being the owner of a dance studio and being a physician?

At the dance studio, I have an amazing team and a business partner that had been running the show for about eleven years before me, so the dance studio doesn’t fall on me alone. The dance studio is what stabilizes me and helps me to be a calmer physician.

During your journey, you learned that humans are not immortals and had to learn how to survive in a field that was changing your nature as a person. Can you explain this further?

As a physician, people expect you to be a robot. What I mean by that is, they expect you to work through whatever. They don’t understand that I might have just told a patient they have cancer, or I might have told a family member their loved one died as an emergency physician. The next patient doesn’t care about that. They want you to put aside emotions to be able to take care of them, despite the fact you haven’t eaten in an entire shift. At some point, you become inhuman, and you function as the robot people expect you to be. Emergency medicine hardens you because it’s such a stressful environment, and sometimes it takes you compartmentalizing emotions so you can function. Dr. Hall is not the same loving, compassionate person Kellye is. Emergency medicine showed me the worst in people sometimes, and to deal with it, I had to develop a thick skin, which made me temperamental, which is not my general nature.

You almost gave up on your medical profession because you encountered patients that doubted your expertise and tried to self-diagnose themselves. But you were inspired to keep going after mentoring a scribe who has now finished her first year of medical school. What advice can you share with those who are ready to call it quits?

Minor correction. Kedeja has actually finished medical school and is in the first year of her Ob/Gyn residency. I didn’t quit because I found new life in medicine by mentoring young women wanting to go into medicine. So my advice to those that want to quit, but it’s not in God’s plan for them to quit, is to find a reason to keep going. I knew that young black women needed to see people like them practicing medicine so they might be inspired to go into the field. I’ve stayed in medicine as long as I have because I wanted to be a positive example for others. That became my motivation.

How did you get involved with the NC Dance District, and what led you to take over the studio when the founder decided to pursue other things?

I started dancing at the studio in 2018 to exercise and try to be healthy because I was approaching the age of 40 and did not do much physical activity because work exhausted me. I’ve always danced since I was a child, and I didn’t realize how passionate I was about it until I performed in the studio’s seasonal performance, Project: FULL OUT. After that show, I was in the studio any day I wasn’t at work, and I befriended the founder, now my business partner. When she closed the studio, I was lost. I approached Ana, the founder, and asked if she would allow me to franchise her brand. She was happy to keep it alive, and she wanted to be part still, so she mentored me and taught me what she knew. She moved to LA but came back to Charlotte for the studio’s relaunch, and when she was going to go back to LA, her flights kept getting canceled due to the pandemic. So she actually moved back here, and she and I run the studio together.

Hall’s journey shows that life is never easy, and you will face obstacles along the way. However, it’s a part of life that isn’t meant to break us but to shape us into better versions of ourselves. Besides this, it gives us the knowledge of overcoming inevitable struggles to guide others in similar situations. This inspiring doctor also shows that it’s possible to pursue more than one passion. You may have to put one to the side as you continue to grow, but you can pursue it if you’re patient enough to see the opportunity arise. As long as we’re alive, we’ll never stop growing. Dr. Kellye Hall does it all, and she excels at it.

To learn more about Dr. Hall, visit her website here.

To learn more about her dance studio, visit her website here.