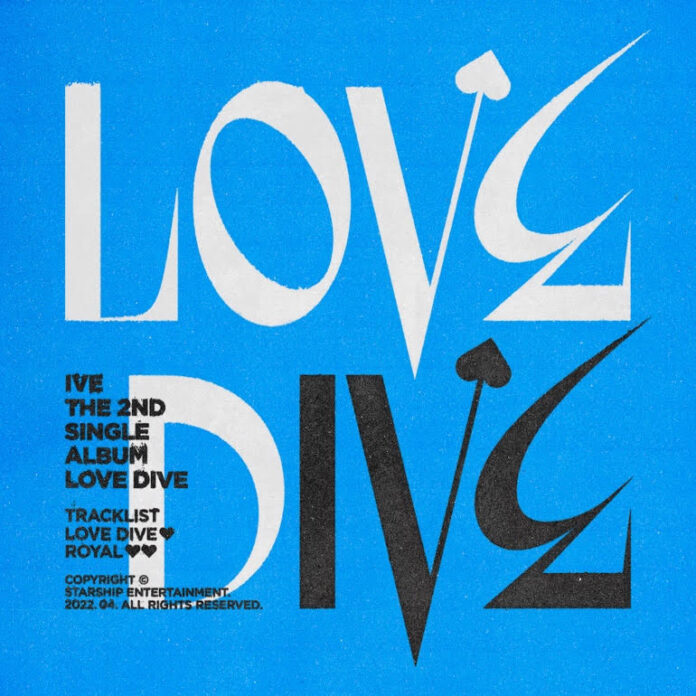 IVE, a fierce and inspirational all-women K-pop group releases a new hit single once again after being identified as the leader of the 4th generation of K-pop girl groups. In December 2021, they released their debut “ELEVEN,” which followed up with a release of their new single and video, “LOVE DIVE,” which was listened to globally after being released by the Korean Starship Entertainment. This became an anticipated hit single after the teaser received two million views in two weeks after the release by IVE. “LOVE DIVE” is unique because it takes a new turn on K-pop, adding a modern, dark, and addictive chorus that causes the group’s listeners to feel the impact of love.

The group comprises six members – YUJIN, GAEUL, WONYOUNG, LIZ, REI, and LEESEO– born in the 2000s. With this, they have used their GEN Z point-of-view on life. For example, their music video for “LOVE DIVE” reveals the myth of cupid, which Ron Sang Yoon directed. Along with the hit “LOVE DIVE,” the group also released the single “ROYAL,” an elegant pop-dance track that uses a funky house bassline and soulful synths to create powerful energy. Singers in the group REI and GAEFUL showed their first self-written raps in this single to add a unique twist to the group’s music.

Besides creating music for their audience, IVE wants to prove they are more than a music group but an inspiration for millions worldwide. This inspiration starts with the group’s name, which came from “I’ve,” the contraction for “I have.” In a short amount of time, the group reached multiple milestones during their career at such a young age. On the eve of the release of their debut single, Forbes knew IVE had what it took to become a popular group in this feature. With their hard work and talent, they ‌set records with their single “ELEVEN.” They received a Triple Crown which signified three No. 1’s in three major South Korean music shows.

They have also appeared internationally at Billboard’s Global and the Global Excl. U.S. charts for ten consecutive weeks with their single “ELEVEN.” This track reached No.2 on the Billboard K-pop Hot 100 and made it to the top of the Billboard Japan’s Top User Generated Songs chart. The music video for “ELEVEN” exceeded 100 million views and was named one of the best K-pop songs of 2021 by PAPER. “It serpentines its way into your heart, a gleaming bit of brilliance that establishes this entrancing six-member group as surefire supernovas,” said Paper.

As an all-women group and leaders of the K-pop world, IVE is dropping their hits singles “ELEVEN’, “LOVE DIVE” and music videos to provide a new twist on music that inspires women to pursue anything they put their minds to. They have shown their fierceness and independence to people across the globe; they will continue to do so through the creativity in their music and the motivation it delivers.

To learn more about IVE, you can visit their Instagram @ivestarship and listen to their hit music on any popular music platform such as Apple Music or Spotify. Their music videos are also available on YouTube, which you can visit at https://www.youtube.com/c/starshipTV.