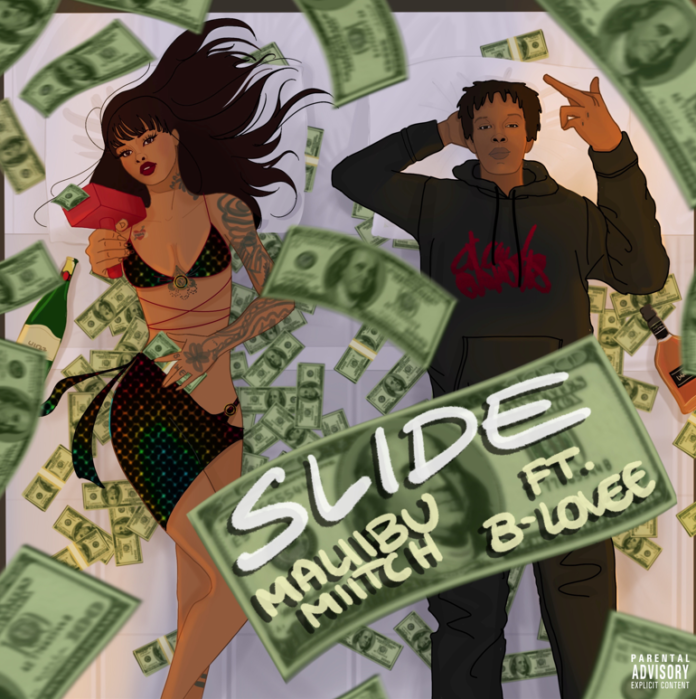 The popular New York rapper Maliibu Miitch is back with another hit song. She recently released her new single “Slide” featuring fellow Bronx rapper B-Lovee. Produced by Zukye “Ardella” Smith, a collaborative new summer banger was born. Maliibu gave her fans a treat as she hopped on IG Live to premiere the video, directed by collaborator OffJimmer. “Slide” is the follow-up to her most recent release, “Letter to My Ex”, and will be featured on her new project, Sailor Goon out later this year. “Slide” is on all digital streaming platforms.

Maliibu Miitch stormed onto the scene with the release of her first EP, Hood Foreign, in 2013. In 2014, Maliibu Miitch signed her second deal, which became her first major label deal at Island Records. After signing, she released two singles in 2015: “Figure8,” produced by DJ Mustard, and “Starin At It,” produced by Dem Jointz. Despite the success of the singles, she made the choice to take a two-year break from music. Maliibu Miitch returned in 2017 with her EP, “Top 5,” and singles “Gwapamole” and “4 AM”.

Within a couple of months, Maliibu Miitch landed a deal with Atlantic Records. This was her second major recording deal, but her first-ever solo deal. She released the single, “Give Her Some Money,” produced by Hitmaka in 2018.

Since then, Maliibu released several singles and mixtapes, like Top 5. This mixtape was an ode to her favorite rappers Lil’ Kim, Foxy Brown, Lauryn Hill, Eve, and Missy Elliott. She continues to draw inspiration from artists like Rihanna, 50 Cent, JayZ, Nicki Minaj, and Jadakiss. Maliibu was also featured in many magazines like The Fader, I-D, Paper, etc. In 2021, Revolt TV named Maliibu Miitch one of the “Top Female Rappers to Watch,” listed alongside celebrated artists like Megan Thee Stallion, Latto, Rubi Rose, and Bia. Last year, she released the tracks “I Like What I Like,” “Let’s Be Honest,” and “Double O.”

Friends/Family Celebrated the Life and Music of Raja Rose