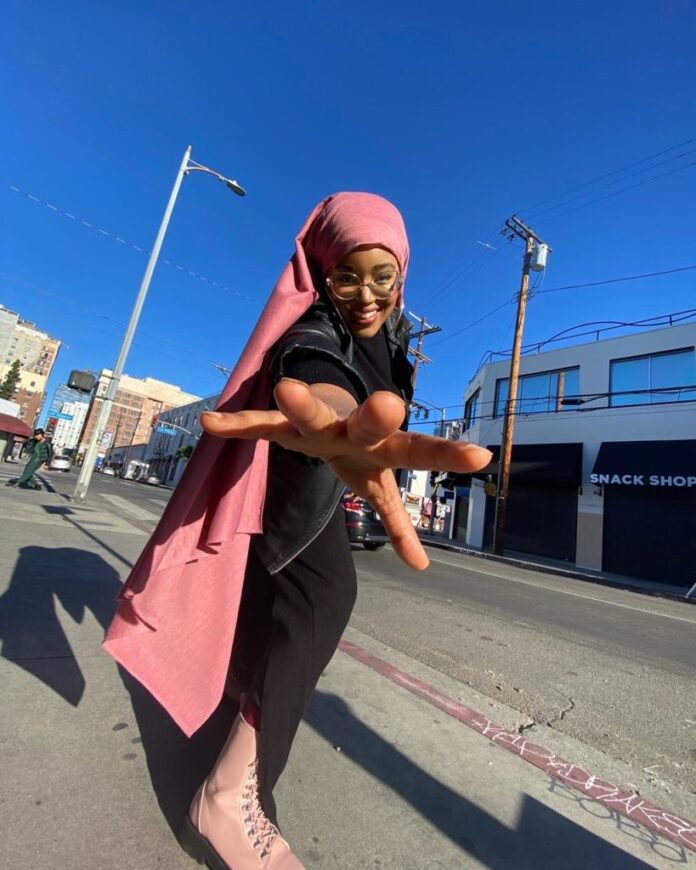 If you don’t already know her from MTV’s “Becoming A Popstar,” get ready to hear about the next big thing in the music industry! Amira Unplugged is a genre-bending artist here to make an impact. She currently works with the guest judges on the show, including Joe Jonas and Becky G, who is coaching her through– as the title would imply– how to become a popstar!

A deaf African-American Muslim, Amira has always been at the cross-section of many different identities, and her goal is to use her music as a way to bring communities together. She has already accomplished this on TikTok, where she cultivated a fanbase by showing her audience her incredible vocals while also using sign language to make her music accessible to all viewers. Her music tackles universal themes, such as victory and hope, so it can be enjoyed by all listeners.

What are some ways you have been able to use your intersectional identity to bridge communities?

Growing up, people had no problem trying to make me feel like “the other”. But as I started to tap into my natural desire to connect with people, I started really understanding that all of the othering was just to make the person bullying me feel like they belonged to something. So throughout my life, I have used creative outlets to make people see those similarities we have, like going through hardship, feeling misunderstood or the universal need for encouragement. In my music, in particular, I have been able to impact so many seemingly different people through a single song because they felt connected through the message. As someone who comes from backgrounds people often don’t see together, I know what it is like to bring people to the center.

Is there pressure that comes with being someone whose identity is expected to bridge gaps? If so, how have you dealt with this pressure?

I think it is inevitable that there is some pressure in being someone who is trying to bring so many people together. But all pressure isn’t bad. It often motivates me to work EXTRA hard to write inspiring lyrics and to give performances that are universally understandable. Every message and comment I get from supporters who tell me they feel affirmed and represented genuinely makes the pressure worth it.

What are some obstacles you have had to overcome as a singer with a hearing impairment? How has this impacted the way you make music, and how does it affect what music means to you?

I think two of the hardest things about being a hearing-impaired singer are recording and performing with in-ear monitors! I have had to find creative ways to make sure I am fully hearing my vocals and feeling the track, which is not easy. But one great thing to come of this is that now I am able to share tips with other hearing-impaired artists who are trying to find ways to perform! I also am able to

What has your experience been like on “Becoming a Popstar?” What has it been like working with the guest judges?

I cannot stress how much “Becoming A Popstar” has helped me as an artist. Until I was cast, I was writing shorter songs and filming what I could for TikTok to share my vision as best I could. I was also sitting on so much material because I didn’t know how it (or I) would be received by the world, or how I would even go about creating the quality of work I dreamed of in my mind. Being on this show and having resources to create high-quality songs AND music videos, work with world-class producers, directors, wardrobe teams, and makeup artists, and being supported every second by the incredible crew on set was truly what I needed to prove to myself that this IS possible. I often thought “If this is what I can do when I have two days to write/record a song and film a video, imagine what I could do with more time!” I became more confident in asking for what I wanted out of my sound and visuals and gained so much exposure to how things work in the music world.

Throughout this process, I also learned so much about my own resiliency. I had a lot of tough moments that people don’t see on television. But through it all, this dream to make an impact on the world through my music pushed me to be the best version of myself. I am so grateful for the chance to tap into that power.

I think the most important thing I discovered, though, is something I already believed but needed to see. My differences, from being a genre-less musician to Black Muslimah to being hearing impaired, are what make me the kind of artist I always wanted to see growing up. On this show, I created uplifting and empowering music that combined genres to bring seemingly different people closer. One example is “Sunshine”, a song I wrote with a brilliant country artist named Lexie Hayden for the duets challenge. Together, we wrote a soul-country anthem that ended up being Joe Jonas’ favorite song of the season! That’s what I am all about – surprising folks and bringing them together all at once.

What are your hopes for future projects? What are you setting out to achieve after “Becoming a Popstar?”

After the show, I am ready to hit the ground RUNNING!!! It is TIME!!! After the finale, Becky G grabbed my hands and said “I meant every word I said- you can do this!” That really was such a powerful moment. My family is 100% behind me, and I am ready to make them proud! I am going to be going to the studio within the next month, and this year I will release my debut projects. I want to be a part of creating what I so needed when I was a little kid- a world wherein everyone can find someone like them to look up to!

Amira Unplugged is definitely a name to watch, so be ready for when she drops her first album! If you are ready to support her, you can visit her social media pages, including her TikTok and YouTube where she posts musical covers.