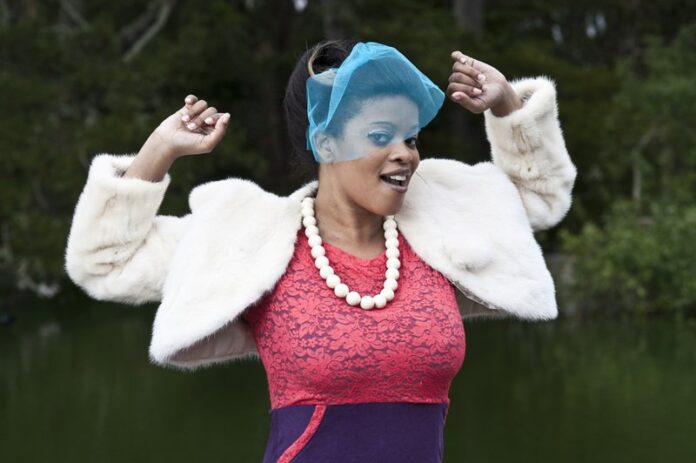 The multi-talented Keldamuzik, also known as Diva, is making waves not only in the music industry but in film and fashion, too! As a female rapper, she is carving out a space for herself in the male-dominated music field, and as a fashion designer with her own beret line, she is making a space not only for herself but for Black women in the similarly male-dominated fashion design industry. As a woman with so many large ongoing projects, she is setting a new standard for drive and ambition.

Recently, she appeared in the film ‘First Date,’ which is available for streaming. She also released her 2021 album, ‘The Diva,’ which is available to stream on all your favorite platforms, and she speaks about music, entertainment, business, fashion, and much more on her podcast ‘Diva Talk Tonite.’ No matter what form of media you are looking for, Keldamuzik has something you will enjoy!

She recently spoke with ENSPIRE about her projects, career, and more:

Tell us a little about your journey in the entertainment industry. How did you get started, what have been your biggest projects, and what are you looking forward to?

My journey has been crazy yet fun and helped me understand the way people work. With music, the politics differ greatly from show biz. Also, you have to work hard and grind in this industry, this is not a thing where you go to school for it and earn a degree and automatically become a star afterward lol. You really have to become who you are, polish and brand yourself, and relate to your audience.

What was it like to star in a major indie film premiering at Sundance?

It was AMAZING! I remember we filmed for a few days and after that; I was like oh ok well I hope to see it online soon, then I received an email from the production company that it was going to be featured in Sundance and that got me sooo excited, another milestone in my career. The film is also streaming on Hulu, “First Date”.

You have been both a musician and an actor. What are your favorite (or least favorite!) things about both parts of your career?

I absolutely love them both! lol that’s a hard one! I love performing on stage and watching people’s facial expressions and then after performing people come up to you telling you how much they love your music and performance…That just fills my heart with joy. And acting is so much fun, learning to read scripts, rehearsing, and trying different methods to stay in character. All of it is fun for me and what I love to do.

When people listen to your music, what do you want them to get from it?

I don’t want them to hear me as just another female rapper. I want them to just listen to a voice that’s speaking. I want people to say “Oh I liked that part where she said this or that”…Music and especially Hip Hop is all about relating to your audience and that is what I do because nothing is better than resonating with what you’re listening to.

My music is very wordy, I like to play with people’s ears with rhyming words that aren’t supposed to rhyme together. I want to make the person rewind and be like “Did she just say that?” “How did she do that?”. LoL…

For acting, I take pretty much any role I get cast in, as long as it’s not nudity or anything inappropriate. My next project is going to be very powerful and I will be doing several monologues.

Tell us a bit about your new beret line, Tinks! What inspired you?

Yes, my new beret line Tinks is doing amazing! It was originally made for females, but males are loving it too! I’ve partnered with a great production called The Finer Things, and we have models who wear the berets on the runway. One day I just thought to myself that no one has ever branded berets before, so I took advantage and jumped right on it. Everyone is loving it! The pandemic has helped me and others become more creative and be able to discover talents and art that we didn’t have before.

With so much to her CV, it could be easy to be overwhelmed, but Keldamuzik handles her projects with ease, ambition, and positivity! Whether you are interested in fashion, film, music, or other forms of entertainment, such as podcasts, Keldamuzik is a name to watch. We will be eagerly awaiting the release of her next project!

Stay updated on her projects here!