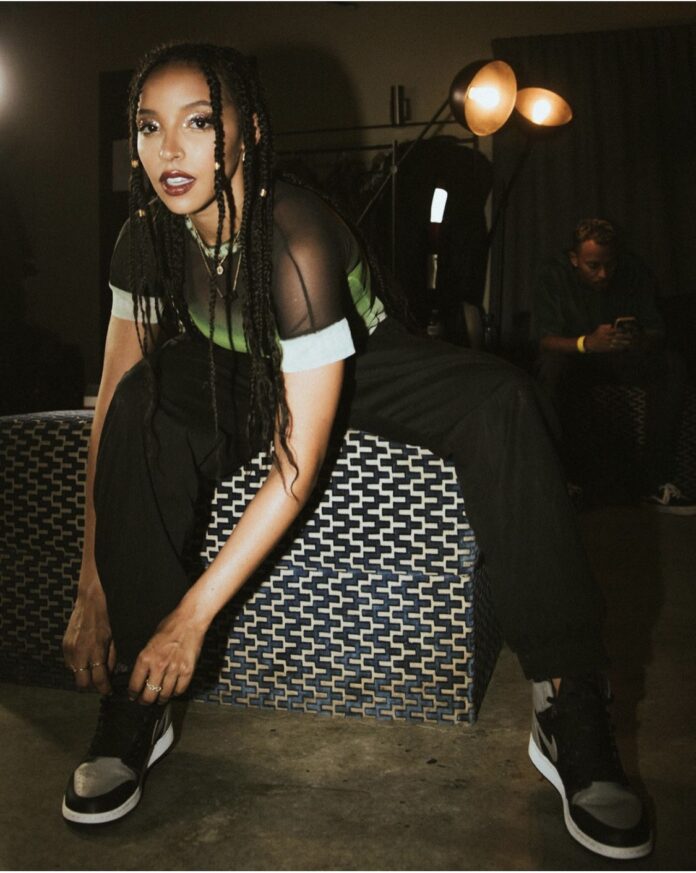 American singer and songwriter Tinashe has released her new music video for her single “HMU For A Good Time,” which features artist Channel Tres. In the video, Tinashe shows off her sultry dance moves for this new single released Friday, June 24th. Not only is talented artist Tinashe featured in this video filled with powerful dance moves, but she has also collaborated with new and upcoming artist Channel Tres. This upbeat music video allows fans to feel as if they are in a club from the energetic beat of the single and the club-like setting in the music video.

Since the beginning of her career, Tinashe has been making waves in the music industry. She is a multi-platinum-certified R&B singer, songwriter, and dancer, and she also produces her music. After being a member of the girl group, The Stunners between 2007 and 2011, she went solo and create her music independently, eventually.

She signed a record deal with RCA Records and released her third mixtape, “Black Water,” in 2013. She then released her debut single, “2 On”, which was number one on the Rhythmic airplay chart and featured on the Billboard Hot 100. Her first album, “Aquarius,” was released in 2014 and her second, “Nightride,” came out two years later in 2016. Her third album, Joyride, reached 58 on the Billboard 200 chart. She recently released her two singles, “Songs for You,” in 2019 and 333 in 2021. Tinashe has collaborated with successful and talented artists such as G-Eazy and 6LACK.

Channel Tres collaborated with Tinashe for this single to produce dance and an electronic single slightly different from Tinashe’s previous songs. Native to California, Tres is a producer, DJ, and artist passionate about crafting his music after studying music technology at the University of Oklahoma. After making mixtapes in his room, Tres is now well-known across the country with the release of his two albums. His first album, “I Can’t Go Outside,” was released in 2020 under the Hip-Hop and Rap genre until his 2022 Electronic release “Refresh.” He is best known for his singles “Controller” and “Topdown” and has collaborated with Neo-soul artist Frank Ocean.

Watch and listen to Tinashe’s new single and video!