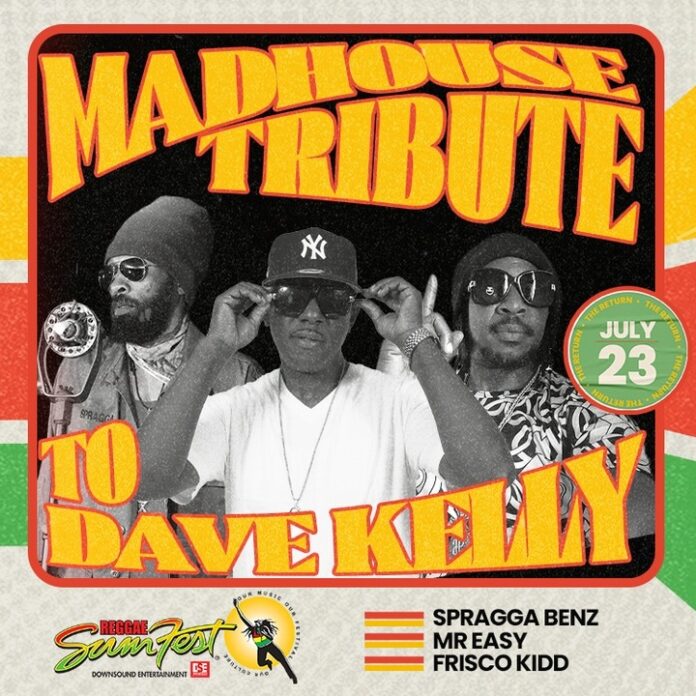 ( ENSPIRE Music ) Reggae Lovers Come Together for Madhouse Tribute to Dave Kelly Performed by Mr. Easy and Others

On July 23, reggae-music lovers from around the world came to Montego Bay, Jamaica, to celebrate the 29th annual Reggae SumFest. Among the starring lineup of performers was none other than Mr. Easy. This lyrical legend not only performed at “The Greatest Show on Earth” but also participated in the Madhouse Tribute to Dave Kelly, who was often called one of the greatest dancehall producers of all time. The performance moved audience members everywhere whether they were dancing at the foot of the stage or watching live from the foot of their beds.

Mr. Easy aka Ian Dyer is known internationally for more than 30 years of contributions to reggae and dancehall music and culture. Dyer’s love for music growing up inspired him to become Mr. Easy when he was only 16 years old. In 1990, Mr. Easy won the Showtime Apollo competition, launching him into the start of his successful music career.

While his music is always filled with that undeniable reggae riddim, Mr. Easy is never afraid to try something new. His newest single “Praise HIM” addresses Mr. Easy’s spiritual side. Meanwhile, other hits like “Nah Nuh Style” and “Stoplight” are upbeat party anthems. From the heartfelt “Wish You Were Here” to the grooving “Bashment Gal,” Mr. Easy breaks boundaries with his musical versatility.

When asked about his wide spectrum of great music, Mr. Easy says, “I make music from the heart that’s timely and relevant. My goal is to always create music, which people want to hear.” His continuous music releases have inspired fans for decades. It’s clear that this summer is no different for the “Drive Me Crazy” crooner. Mr. Easy’s Reggae SumFest performance further solidifies his position as a king in Jamaican dancehall.

Erin Ashley Simon Leading the Charge for Women in the Esports...