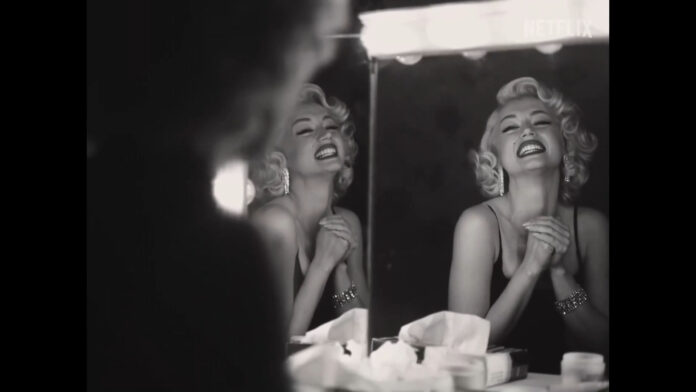 On July 28, the new trailer for Netflix’s original film Blonde officially dropped. Blonde, based on Joyce Carol Oates’s novel of the same name, is a fictionalized narrative retelling of Marilyn Monroe’s life. While Marilyn Monroe is known around the world for her iconic films, looks, and personality, many people don’t know her full story.

For starters, Marilyn Monroe was actually a pseudonym. Her real name was Norma Jeane Mortenson. To truly tell Marilyn Monroe’s story, you need to know Norma Jeane’s too. Behind a beaming smile and fame were a life filled with childhood trauma, abusive relationships, exploitation, and drug addiction.

Director and screenwriter Andrew Dominik always had a strong, unique vision for this 15-year film project. Rather than a chronological story, Dominik wanted Blonde to be a visceral experience for the viewer. He said the film has “very little dialogue in it” instead relying on “an avalanche of images and events” to tell Norma Jeane Mortenson’s story. The film also alternates between black and white cinematography and color, creating a stark, haunting contrast.

Joyce Carol Oates has been impressed with Dominik’s interpretation of her novel. After watching the rough cut of the film, she wrote, “It is startling, brilliant, very disturbing and perhaps most surprisingly an utterly ‘feminist’ interpretation. Not sure that any male director has ever achieved anything [like] this.”

However, Andrew Dominik has an even more universal purpose in creating Blonde. In a 2016 interview with Collider, Dominik thoughtfully expressed, “It’s a film about the human condition [telling] the story of how a childhood trauma shapes an adult who’s split between a public and a private self. It’s basically the story of every human being.” By watching Blonde, audiences will learn more about what it means to be human. They will learn more about themselves.

Get ready to really know Marilyn Monroe on September 28 when Blonde premieres on Netflix. If you want the latest on this and other Netflix shows, subscribe to Netflix’s YouTube channel.