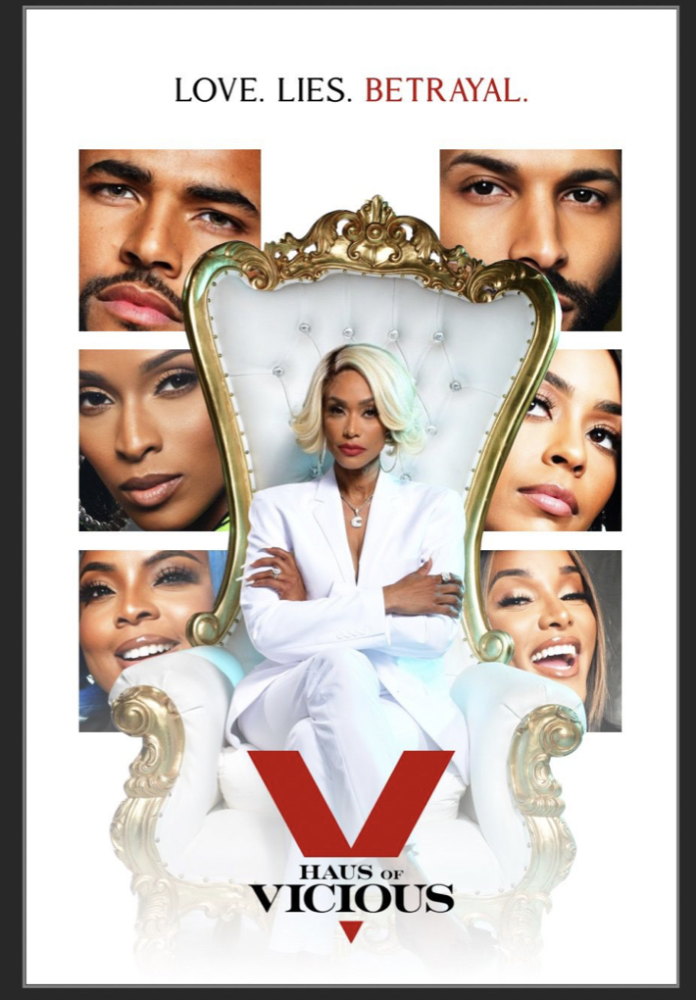 BET officially picked up Jill Ramsey’s original series Haus of Vicious. The eight-episode first season premieres tonight. Haus of Vicious takes place in the cutthroat NYC fashion world. While designers and models put their all on the runway, tensions lurk behind the scenes. No wonder this series is filled with “Lies. Love. Betrayal.”

Haus of Vicious follows Tami Roman’s character Chantel Vivian, a fashion designer whose success is overshadowed by her narcissistic husband, addiction, unresolved childhood traumas, and dysfunctional personal life. With the assistance of her secret weapon, Jaelyn Ryan (Erica Peeples), publicist to her Vicious Empire, Chantel works to rise through the ranks. But her husband Kane’s (Redaric Williams) behavior threatens to tear down the house she built. The talented ensemble cast also stars Norman Nixon Jr. as Milan, Tiffany Black as Raven, Kyler O’Neal as Izzy, Brely Evans as Avery, Lyric Anderson as Tia, and industry veteran Ella Joyce as Carolyn.

Roman not only stars in the original series but also is one of the executive producers. In an exclusive interview with Deadline, Roman said, “I’m excited to be an executive producer on Haus of Vicious and having the capability to offer opportunities to my super talented peers in the industry. Partnering with BET on this project is definitely a blessing and I look forward to a long-lasting relationship.”

Industry veteran Kim Fields directed all eight episodes and is also one of the show’s executive producers. “Bringing these fierce and flawed characters to life against the backdrop of the provocative fashion industry is a gig of slaying,” Fields exclaimed. “[It’s] oh so delicious to me as a director and an executive producer.” Other executive producers include Marvin Neil, Eric Tomosunas, Herb Kimble, and of course, creator and showrunner Jill Ramsey.

If that wasn’t enough to get you excited for this debut, maybe the official first episode synopsis will: The world’s who’s-who are all over the city for New York Fashion Week. Chantel has finally broken fashion ground and stepped onto the prominent runway. While she may be on top of her career, the marriage to her narcissistic and cheating husband, Kane Livingston, is on the rocks. No match for Kane, Chantel is emotionally manipulated and forced to wear the blame. The episode ends with Chantel back in her glam studio and snatching off her wig. Her hairstylist, Raven eases into the studio to give Chantel more than just a bag of cocaine.

Related Articles: BET+ Original Drama Series “Kingdom Business” Debuts With Premiere Celebration in Hollywood, Watch The Trailer For The Second Season Of All The Queen’s Men On BET+

Black Panther: Wakanda Forever is the Sequel Everyone Needed