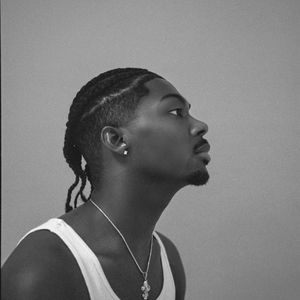 The singer’s first release since his 2021 debut EP ‘colors, vol. 1’, Sam Loid’s ‘Bounce’ entertains listeners with its astral-peppy beat and discusses the importance of overcoming life’s challenges and recovering after hardships.

“Bounce is about going with the flow and not letting life keep you down,” says Loid. “I personally have had a lot of changes happen in my life, and while I was recording this project, I wanted to write particularly to newer, more exhilarating sounds. The moment I heard the beat I knew this was what I was looking for.”

Sam Loid’s first EP, ‘colors, vol. 1’ featured two fantastic lead singles, “Wasted Time” and “BNT”, each of which was featured on Apple Music’s official ‘New in R&B Playlist.’ His other hit single, “Green” received similar praise and was even featured on the Spotify official ‘Fresh Finds’ and ‘Fresh Finds: The Wave’ playlists.

Graduating from the same High School as R&B legends PJ Marton, Jon Batiste, and Luke James, the New Orleans native seemed bound for greatness from a young age. Sam Loid started writing songs at 16 and has performed alongside hip-hop heavyweights MC Lyte and Trina, as well as the phenomenal songwriter Rico Love.

Through his own music, Loid wants to spread positive vibes and good feelings.  “I wanted to make a song that made me move and feel good,” explains Loid when asked about ‘Bounce’.  “I really hope this song helps bring out the joy and happiness within people.”

Juneteenth Community Soundstage: A Conversation With Amythyst Kiah | A Celebration Of...