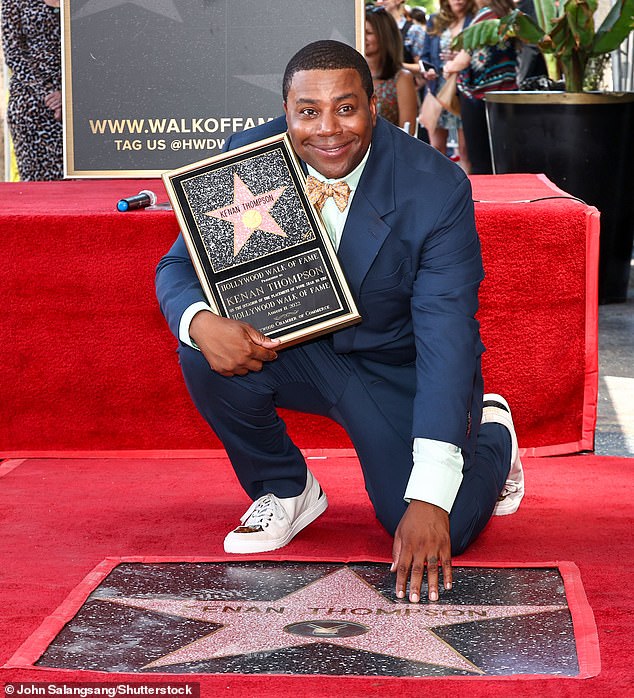 Thompson is a multi-Emmy Award winner and the current longest-running cast member on Saturday Night Live. He is best known for his roles as Steve Harvey and Jean K. Jean, whom the star played from 2008 to 2013.

During the ceremony, there were speeches given by former nickelodeon former All That co-star, Josh Server, who was a child actor alongside Thompson and SNL current co-star Leslie Jones.

And Smoove’s words were completely true.

Thompson’s career started when he was just a teenager with his roles in All That and The Mighty Ducks franchise. He has since been in a number of films and tv shows that are guaranteed to make everyone laugh. Some of his other iconic roles are Kenan in Kenan & Kel, Fat Albert in the self-titled movie, and Dexter Reed in Good Burger. Yet, nothing compares to his participation in over 1,500 skits on SNL. His star is next to SNL creator, Lorne Michaels’s, which seems only fitting.

“You know, I never thought any of this would be possible. I just wanted to act and entertain and have a good time and put smiles on my family members’ faces, and that grew into the world now, apparently,” said Thompson in his speech.

This week has been one for the books for this star because just this Tuesday he was also named the host for the 74th Emmy Awards, which will be live on NBC this September.

The Story of the Inspirational Chelsea Football Club