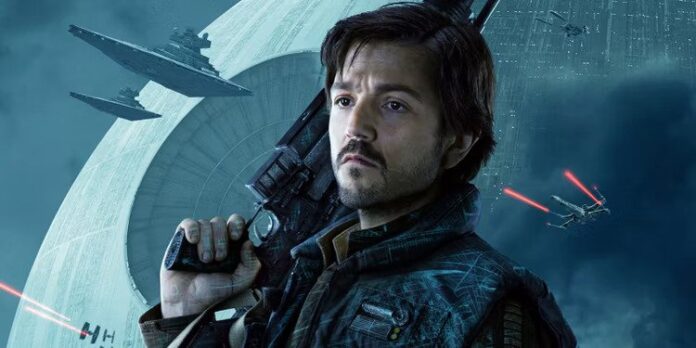 On August 1, the official trailer for Andor was released. It’s already been viewed millions of times and is trending around the world. Andor is a new Star Wars television series coming to Disney+ this fall. The series takes place 5 years before the events in Rogue One: A Star Wars Story, giving us more history on the beginnings of those characters and the beginnings of the Rebel Alliance.

Diego Luna stars as the show’s namesake, Cassian Andor, a radical revolutionist haunted by the horrors of Empire oppression. Diego Luna is a long-time Star Wars fan, and being in Rogue One was an incredible once-in-a-lifetime experience. Luna never imagined he’d get the opportunity to come back. In an interview with Entertainment Weekly, Luna says, “I was invited to this, and it made complete sense. I had so much more to say and to do with this role. I just wanted to explore many things that I thought about while I was shooting that a film would never allow you to explore.”

Genevieve O’Reilly returns to take on the role of Mon Mothma, a founder of the Rebel Alliance first seen in Return of the Jedi. Andor explores Mon Mothma’s origins when she was a senator trying to change the Empire from the inside. O’Reilly expressed excitement about learning more about Mothma’s story. “Previously, she was a bit of a pillar or maybe a statue,” O’Reilly said, “And I love that now we get to excavate that a little bit and learn about her the human being. The woman behind the gown if you will.”

Andor will also tell the stories of everyday galactic citizens and never-before-seen characters. The people who represent these characters include Stellan Skarsgård, Adria Arjona, Denise Gough, Kyle Soller, Fiona Shaw, and others. Deigo Luna talked about the importance of Andor‘s large cast saying, “Even though it’s called Andor, it’s about a revolution. It’s an ensemble. It’s about a group of people. It’s about community. So you’ll have the chance to meet many characters you don’t know and visit places you don’t know existed in this galaxy.”

On September 21, be sure to binge the first three episodes of Andor on Disney+! The remaining 9 episodes will then be released weekly on Wednesdays. To know all the latest about everything Star Wars, be sure to visit the official website here.

Related Articles: New Trailer for The Lord of the Rings: The Rings of Power, Dungeons & Dragons: Honor Among Thieves Trailer Trending Worldwide