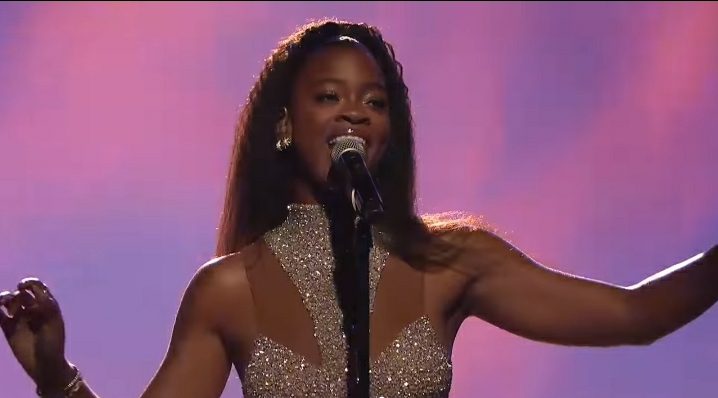 Courtney Shanade Salter, professionally known as Ari Lennox, recently debuted her new album on Wednesday night’s episode of The Tonight Show with Jimmy Fallon. The album, titled “age/sex/location” is described by the singer as, “a transitional space of vulnerability.” With features such as Summer Walker and Chloe, it is evident that Lennox poured her heart into her work, overcoming a writer’s block issue that had plagued her process in the previous months before release. Dropping “Pressure” just two days before the release of the album, Lennox received high praise for the catchy, light hearted song, which helped to propel the overall success of the album.

Known for her “old school” R&B style and acoustics, Lennox filled the room with soulful vocals as she donned a stunning iridescent gown on stage. Lennox seemingly beamed with pride and confidence as she performed two songs from her new album: POF (Plenty of Fish) and Waste My Time. Both of which rightfully received various whistles and applause from the studio audience. Both songs perfectly embody the singer’s confidence, independence, and self love with sultry undertones and a powerful delivery that her fans have come to expect from listening to her debut album, “Shea Butter Baby.”

Since her debut album in 2019, Lennox has been nominated and recognized for a variety of achievements. Some of which include nominations for the BET Award for Best Female R&B/Pop Artist, BET Award for Video of the Year, and the NAACP Image Award for Outstanding New Artist. She is also the first ever female artist signed by J.Cole to his record label, “Dreamville.” Her talent speaks for itself however, with “Pressure”, another song from the album, spending seventeen weeks on the Billboard Hot 100. The album itself is projected to do well also, with it being number 66 on Itunes in the U.S.