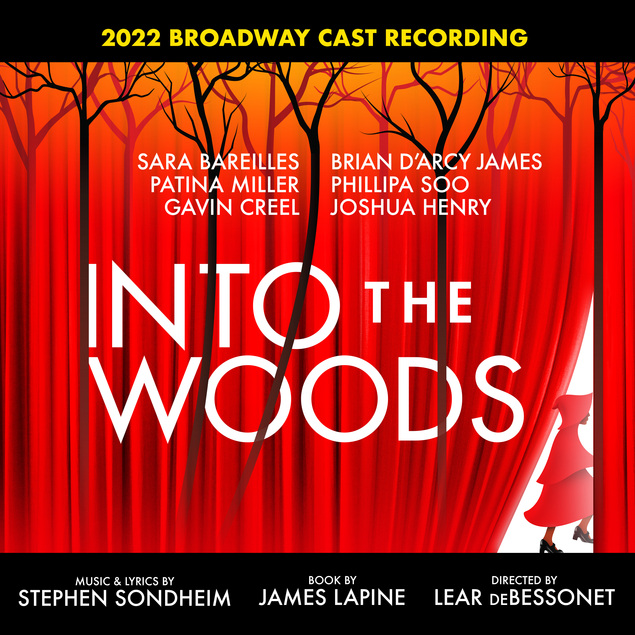 ( ENSPIRE Entertainment ) The Soundtrack is Available on Digital Platforms

For anyone unavailable to make it to the Into The Woods Broadway revival, there is good news; The cast recording of the Into The Woods Soundtrack is now available! Produced by seasoned cast-album veteran Sean Patrick Flahaven, the 25-track album is available on all digital platforms and streaming services. CDs will be available later this year while vinyl recordings are scheduled to be released early next year.

The Into The Woods Broadway revival began running in July, making it the first show of the 2022-2023 season. Sara Bareilles stars as the baker’s wife (watch her performance of “Moments in the Woods” here!). She performs alongside Brian d’Arcy James, Patina Miller, Phillipa Soo, and more of the revival’s original cast.

The show and album follow closely after Stephen Sondheim passing last year, who wrote the original show’s music with James Lapine. The legendary composer and 8x Tony award winner was groundbreaking in the world of musical theater. Regarding the new cast recording, Sondheim-collaborator Flahaven says “Every performance is a tribute to Steve [Stephen Sondheim] and James [Lapine]’s masterwork.”

Into The Woods’ revival has been extended to January 8th 2023. Anyone interested in tickets should visit SeatGeek.com/into-the-woods. But in the meantime, the cast-recording is now available for streaming and digital download!