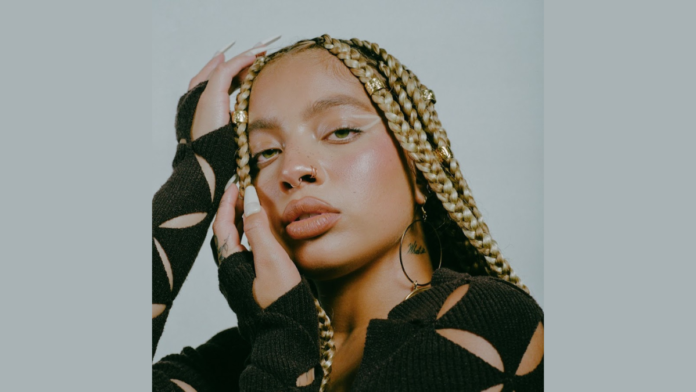 ( ENSPIRE Music ) An R&B Hit That Calls Out Her Relationship

Kiana Ledé has finally released a new single this year called “Irresponsible”. Ledé’s song was co-produced by Cardiak (Carl McCormick) and Wu10 (Kelvin Wooten). “Irresponsible” was co-written by both producers, Nija, and Ledé. The music video was directed by Michelle Parker. In this riveting R&B hit, Kiana Ledé voices her struggles with trust in a relationship. Talk about calling people out!

The song’s inspiration in the intro of the track stems from Musiq Soulchild (2002) “Haflcrazy”. Her verses focus on how her relationship has lost its trust. Ledé starts off with beautiful verses, “I dove in blind, took a chance on us / Gave my trust, so in love (Love) / And it’s difficult for me to open up / You were someone I thought was careful with me / Instead you left me in pieces / If this ain’t where you wanted to be / You should’ve at least manned up and just let me be” If you need a song to uplift you about a broken relationship, this is it.

“Irresponsible” is the first new single she has released this year. Recently “Ur Best Friend” featuring Kehlani was released in July. The following week of this song’s release Ledé shared the music video directed by Kehlani.

In addition to “Irresponsible” explore her full-length debut album from 2020 “KIKI”. She has collaborated with many artists: Destin Conrad (“Unpredictable”), D-Nice (“Rather Be”), and Usher (“This Day”). To view the video music video for “Irresponsible” please listen below.

The Resilience of Puerto Rico Continues