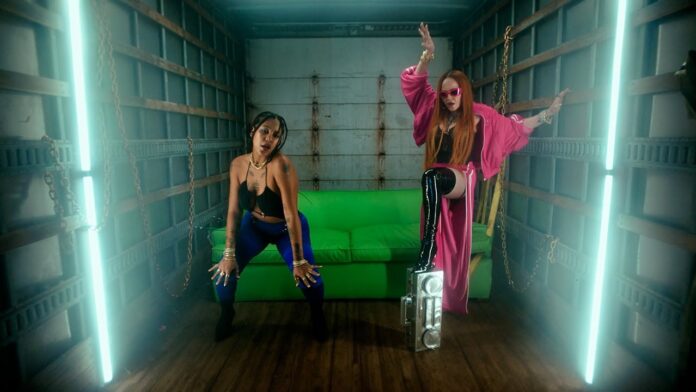 Madonna has done it again, this time with feature rapper Tokischa. “Hung Up On Tokischa” Remix was released on September 20th, based on the 2005 hit “Hung Up”. The music video was directed by Sasha Kasiuha and is filmed in a Dominican neighborhood in Washington Heights.

Madonna, Queen of Pop, shares hot and heavy kisses with the Dominican Rapper in the music video. Fans are feasting on the sexy energy and club vibes this music video brings. Their collaboration shows a house party in the city streets with Tokischa’s killer verses and dembow beats throughout the song. Many people who have been die-hard Madonna fans or are just starting out can appreciate this collaboration because it brings an old favorite with a more Hispanic-related twist.

Listen and view the music video of the “Hung Up On Tokischa” Remix.