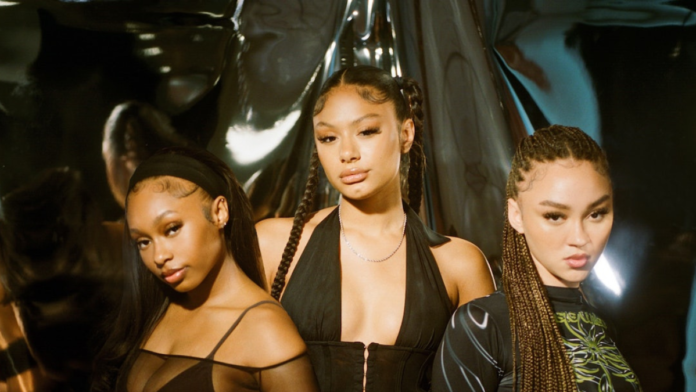 FLO recently released a new single called “Not My Job” to their EP debut, “The Lead”, which dropped in July by Island Records. Producers Tre Jean-Marie and MNEK conjure the late 90s vision synths and compressed drum beats to this song. The U.K. trio embodies classic artists from the 90s such as Mary J. Blige, Destiny’s Child, and TLC energy. Besides Jorja Douglas, Stella Quaresma, and Renée Downer’s harmonies, bring nostalgia to “Not My Job” listeners.

FLO brings in that female independence lyrics flawlessly. According to udiscovermusic, FLO began in 2019, created by Stella and Renée. Jorja joined after her audition and social media presence. They all share a mutual love for R&B. Artists such as Mariah Carey and Mary J. Blige influenced their work. An interview with The Face further explains their love for the genre. Stella says, “That’s the era where music was so great, and [what we do] goes hand in hand with that. Even songs from 20 years ago, before I was born, R&B just speaks to our souls.”

Other songs from “The Lead” include: “Cardboard Box”, “Feature Me”, “Immature”, “Summertime” and “Another Guy”. Listen to “Not My Job” on Youtube.