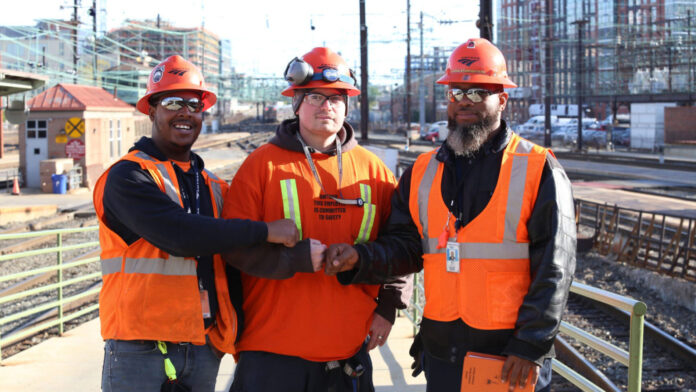 President Biden’s administration has helped to broker a deal between freight rail companies and 12 unions representing rail workers. Freight rail has faced trouble in the past because of being overtaken by trucking but has recovered and remained critical to the nation’s supply chain. When the deal was reached, President Joe Biden praised the deal as a win for all, saying, “This agreement is a big win for America and this is a great deal for both sides.” As inflation is still difficult to tame and the cost-of-living increases, giving a higher share to workers is more important than ever.

The Biden Administration worked all through the night to assist workers to attain a deal with freight companies for pay raises, lower healthcare costs, and sick leave. Secretary of Labor Martin J. Walsh lead the mediation until President Biden joined around 9pm Wednesday, September 14. The deal also includes a 24 percent pay raise, back pay, and bonuses, along with solutions for safety concerns, such as the implementation of two-person crews. In return, rail workers have promised not to strike while they ratify the deal.

Freight rail was out-competed by trucking in the 1950s and has recovered because of efforts to merge and improve efficiency. Monopoly was also an issue after the passing of the Staggers Act in 1980, which largely deregulated the industry. By 2000, seven companies remain today from the nearly two dozen that existed earlier. After efficiency improvements in the 1990s, rail companies began raking in massive profits. Investors were rewarded with stock buybacks and high dividends, which totaled $146 million this past decade. Employees received generous pay raises and benefits during this time, however, they faced understaffing.

If the workers initiated a strike, the results would be devastating. As freight rail is integral to domestic trade, cargo like grain, chemicals, and coal would be prevented from reaching their destinations.

Although the deal was celebrated by Biden, many are skeptical including industry groups, experts, union leaders, and Senator Bernie Sanders, who supported Biden’s work in achieving the deal but not called on workers to ratify it. In a press release, Sanders said, “These workers have not had a raise in three years and continue to work incredibly long hours under brutal working conditions. I will respect and support whatever decision they make.”

Experts like Robert Bruno, a professor of labor and employment relations at the University of Illinois, predicts, “A sizeable number of ‘no’ votes.” Bruno holds a more pessimistic attitude saying, “It wouldn’t surprise me if a fairly substantial number of members voted ‘no’ in part because of how genuinely abused they feel.”

Congress woman Nancy Pelosi has promised Democrats would be ready with a resolution if negotiations failed, but she has not specified what action will occur.

Related articles: SPIN INK Donates Over 175,00 Masks to Frontline Workers in Toronto, Personal Day: How To Enjoy Time Off From Work