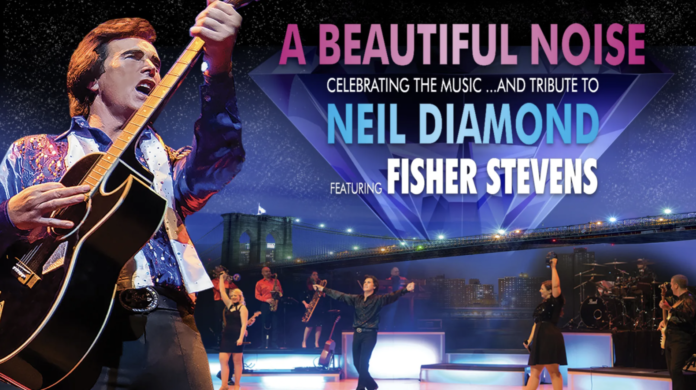 The Original Broadway Cast Recording of A Beautiful Noise, The Neil Diamond Musical is releasing on UMe. The album will be hitting all streaming platforms Wednesday, November 2. Interestingly, this is the same day that previews for the electrifying new musical start on Broadway at the Broadhurst Theatre. On Friday, December 2, the soundtrack’s CD will be available to the public just two days before A Beautiful Noise’s official opening night of Sunday, December 4.

Rock & Roll Hall of Fame inductee Bob Gaudio will be producing the cast recording of “A Beautiful Noise”. He is also one of the show’s producers with Broadway veteran Ken Davenport. This show will mark Gaudio’s seventh collaboration with Neil Diamond’s work. He previously produced Diamond’s platinum-selling albums: You Don’t Bring Me Flowers (1978), which included the hit title song, a duet with Barbra Streisand, for which he was Grammy nominated for Record of the Year; September Morn (1979); and the soundtrack to The Jazz Singer (1980).

Diamond is a Grammy Award-winning artist and, a member of the Rock & Roll Hall of Fame. He is also in the Songwriters Hall of Fame. Diamond has been presented with the Johnny Mercer Award, the Grammy Lifetime Achievement Award, and also the Sammy Cahn Lifetime Achievement Award, three of the highest honors bestowed on songwriters and artists. Diamond has also been the recipient of the NARAS Music Cares Person of The Year Award and the prestigious Kennedy Center Award for his contributions to American culture.

Preorder tickets and the musical soundtrack while they are still available.