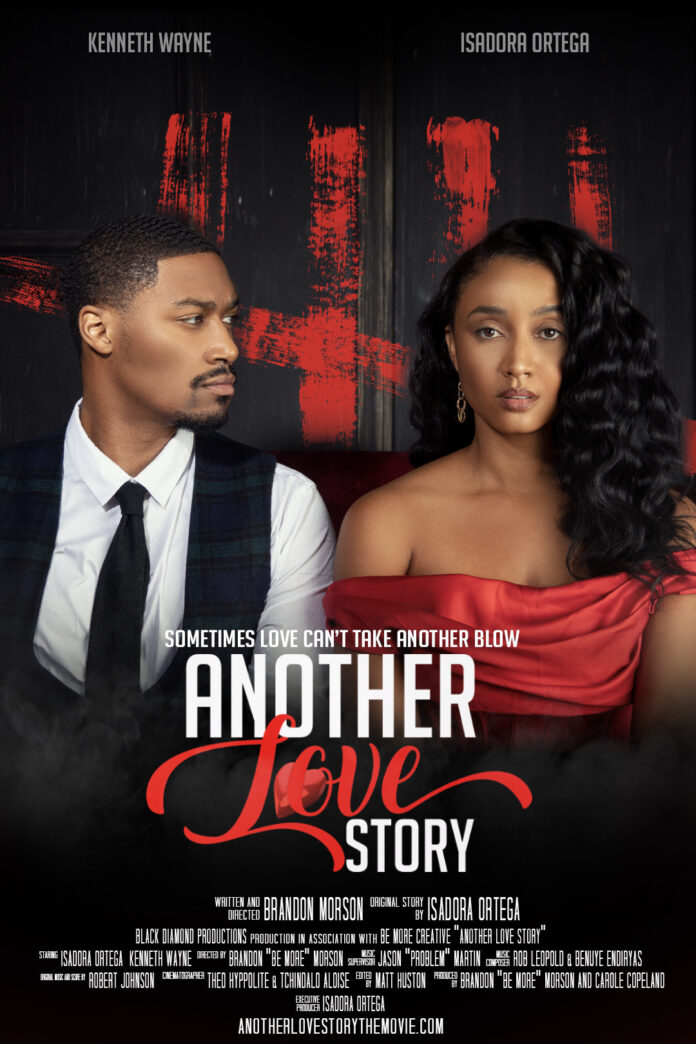 Isadora is a Dominican and Venezuelan triple treat as an award-winning actress, producer, and writer. After falling in love with the art of film from growing up watching Telenovelas with her mom, she knew she wanted to pursue a career in the arts. Ortega studied voice-over, improv, and body movement at the Conservatory for Dramatic Arts and at Susan Batson Studios in New York. She has appeared in various off-broadway shows, such as “Eating Out” and has hosted TV shows such as “Cook Up” on Tempo.

Ortega is currently the executive producer and the star of the award-winning film, Another Love Story. In the film, Ortega plays a budding novelist, Miriam Ramos, a woman who just got out of a toxic relationship and is in a dark place. Believing her romantic problems are her fault takes a toll on her until she finds new love. That is until she realizes she is caught in another nightmare. The film has won multiple awards after its run in the festival circuit.

ENSPIRE chatted with Ortega about her film.

What was your inspiration behind this film?

Another Love Story is very dear to my heart. This movie is based on how my best friend/ sister was, unfortunately, killed. I knew that domestic abuse was a big social problem. Still, I didn’t realize how big it was until I started doing my own research and noticed how we don’t really have laws in place to protect the victims of domestic abuse because the law doesn’t want to get involved in husband-and-wife relationships or couples of any sexual orientation.

I dream of building a foundation where we can start a partition to change the laws in place. To use the foundation to rehabilitate people that are survivors of domestic abuse. Domestic Abuse victims suffer from PTSD, similar to soldiers that have fought in a war. Playing the role of Miriam Ramos was very challenging because when I started writing the outline for ‘Another Love Story,’ it was my way of dealing with the loss of my loved one.

Living the life of Miriam Ramos and feeling how much she loved Mark and how she desired to heal him from his demon was heavy to carry. But overall, playing Miriam brought me closure and purpose because it opened the door to real conversations with different women and men about their stories. Just in my crew, we had four survivors of domestic abuse who were open to sharing their personal stories with me.

What was it like producing and starring in this film?

Producing is difficult and very technical compared to acting. It was very difficult to remove the producing hat and go through makeup and hair and get ready to live the life of the character I was playing. When I am producing, I get in when my crew gets in, and I am usually one of the last people to go home. I believe that if more actors saw what happens before they get to the set, they would love and appreciate the crew more because they work so hard. I am very great full to my team for being very hands-on.

What was the biggest challenge with creating this project?

Another Love Story took me on a very emotional journey. Most films are shot out of sequence. One moment I am happy, the next I am crying, after that making love, and after that, sad again. Another Love Story is a domestic abuse film, and it was a very physical film. So it was like a roller coaster of emotions and sensations. At the end of every shoot day, I would play some good music to clean my energy.

Why is mental health such an important factor in this film?

I speak to a licensed therapist, and it is important to do so because sometimes we don’t fully heal or deal with childhood traumas or past relationships. Because life just keeps moving, and I was raised that we need to get up when something terrible happens and keep on moving. For the record, I believe we need to get up and move on, but only after we self-assess how a particular experience changed us or affected us.

What is one thing you hope viewers take away after watching it?

I pray that we can open someone’s eyes before it is too late and that we, as a society, create new laws to protect the victims of domestic abuse and punish the abuser more severely.

Ortega recently also published her first Graphic Novel, “The Curse of The Flower”, based on the legend of Anacaona. The novel is set to become a short film that fans can expect to see in 2023.