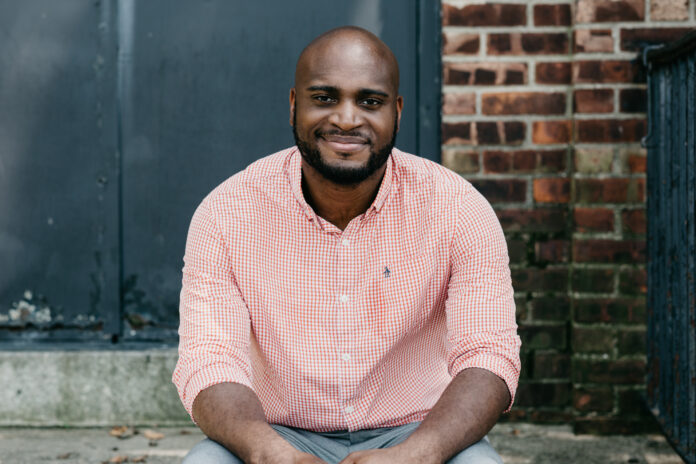 Meet the founder of The Design and Branding Company(DBC), Carlos Williams. Over the past eight years, William’s business has blossomed from a “side hustle” into one of the country’s most successful and sought-after branding companies. What sets them apart from their competition is a focus on humanity through storytelling. DBC treats its clientele as more than simply brands. They ask themselves: Who does the brand serve? Who is behind the brand? And who has the right voice to tell their story?

DBC functions as its own City State, wherein the employees hold parliament titles and Williams himself is Prime Minister. However, its clientele are considered citizens. This terminology emphasizes the humanity behind its clientele while reflecting DBC’s efforts to democratize the industry.

A key factor that sets DBC apart from competing companies is its commitment to employing people of various identities. Having diversity within its staff allows DBC to create more authentic campaigns. It enables them to work with a more diverse set of clientele. Williams provides the example, “if we’re working on a project and it has a target audience of Californian Latinx folks, I want to make sure that we’re big enough that we have Californian LatinX folks”.

The goal of each campaign is to find a personal connection with someone within the company. Having built the company from a design “side-hustle”, Williams knows better than to underestimate anyone’s value at the company. In his own words, his goal as CEO is to employ and develop leaders.

Some of DBC’s previous projects include ‘Free Transform’ which provides branding for progressive political campaigns. For the JP Morgan Chase Tournament of Champions, a squash tournament, they oversaw the brand theme and identity. DBC has also created an online presence for ‘Everyday Dad’. There, the National Basketball Players Association (NBPA) pairs a digital gallery of players and their children with heartfelt stories of fatherhood and community.

The past few years have been especially flourishing for DBC. As expected, the company’s success took a slight dip in the wake of Covid but has come out even stronger. They could rely on positive relationships they’ve fostered over their years in the business. Since 2020, their team has grown by 400% and they have more clients than ever. Forever able to showcase the positivity within someone’s story, Williams states “​​We took the slow times to find our true voice and advantage, and we’re on the right path”.

Now over the hurdle, DBC continues to see success in its projects. Their work with Spotify to launch Noteable, a platform for songwriters, has been an amicable working experience and provided DBC with a noteworthy amount of exposure. At the moment, Williams hopes DBC can get their business cyber security ready in order to work on larger projects.

In their efforts to “Uplift the underdog” DBC aims to showcase unsung heroes in their campaigns. In the aforementioned example of Noteable, the campaign focuses on the behind-the-scenes work of Spotify. Their campaign with NBPA showcases athletes beyond the court, and regarding the JP Morgan and Chase squash tournament Williams says, “We don’t treat them any differently than the NFL”.

Williams credits this perspective to a phenomenon too often felt as a black business owner. “I walk into the boardroom of a meeting… You can tell they’re not expecting a six-foot-four Afro-Latino man. For me, it’s like I’m not supposed to be here, but I’m here. At DBC, we’re a bunch of underdogs.” Once again, this underscores the importance of the connection DBC feels as its own city-state, to its clients (aka their citizens).

At ENSPIRE, we can resonate with DBC’s commitment to uplifting underrepresented voices, and democratizing the industry. Their efforts to work for diverse clientele while also employing diverse creators has significantly set DBC apart from other branding companies. Make sure to keep your eye on the Design and Branding Company as they continue to grow, and convey genuine stories, by real people for real people. For more information, be sure to visit their website at studiodbc.com.

How Mompreneur Jennifer Bunkers Is Creating a Sustainable Family and Products