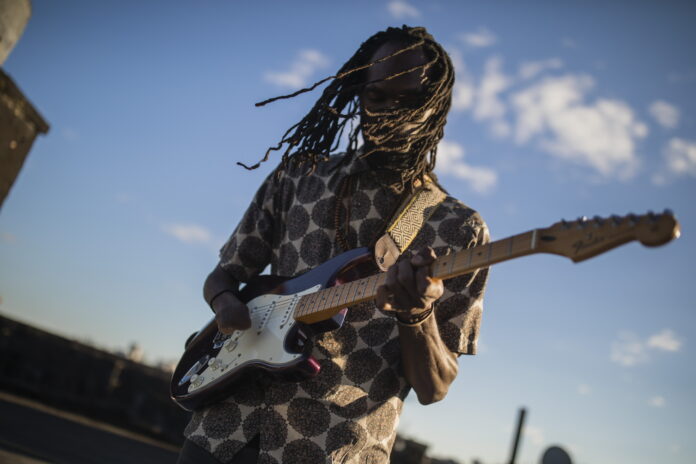 Triple Threat Ryan O’Neil is back and better than ever with the release of his latest single ‘ #BLESSED’. The Jamaican-born music maestro is ready to take his place in the spotlight which has truly been a long time coming. Growing up in Kingston music was a major influence on his everyday lifestyle, but never could he imagine how much of an impact it would make on him. Listening to acts like Bob Marley, Half Pint, Anita Baker, Michael Jackson, Boy George, Neil Diamond, Paul Simon, Tracy Chapman, and Simon & Garfunkel truly shaped how he viewed music. Moving to the states for some would be a challenge, but the young crooner slowly but surely took advantage of his new opportunities here as he would go on to audition and study at the prestigious ‘FAME’ school LaGuardia High School. Those next 4 years truly impacted his life as he was classically trained and exposed to a world full of artists who would ultimately inspire him to pursue his dreams in music and in education. His love for history and music pushed him to attend Hobart And William Smith College, which led to him graduating with a degree in both fields.

His passion for both is exactly why he has become a teacher in school as he has been able to help guide the next generation in more ways than one. Over the years Ryan would take his talents to the stage to perform with fellow artists in different bands, but in 2014 he decided to release his long-awaited debut self-titled project ‘Ryan O’Neil’ which was the perfect mix of Rock & Soul music as only he could blend the genres together. Within time he slowly but surely began to grow a fan base that patiently continued to wait for him to drop new music. During the pandemic, Ryan took his time to work on his craft as a singer/songwriter/musician and as a producer as he hit the studio to collaborate with other artists like some of his biggest influences including MF Doom, RZA, The Alchemist, Jack White, and J Dilla. Ryan finally decided to release his fan-favorite EP ‘The Quronic’ which definitely left listeners wanting to hear more but as the pandemic hit, it was a no-brainer for him to get back in the studio and create.

In the past 2 years he would go on to release his buzz worthy singles singles ‘Golden’, ‘Grown Up Rap’, ‘Love In 3 Acts’, ‘Luv U 4 Ever’ and ‘You Freed Me’ which clearly proved it was time to release another project. At this point, Mr. O’Neil realized that as a renaissance man it only made sense to finally build his own label to release his projects and help to develop other artists on their own terms. This new venture was the beginning of his label Brave New Records, which was the perfect way to launch his new single ‘#Blessed’. The inspirational track is sure to be in heavy rotation as the genre-bending artist gives thanks for his many blessings on the song that will truly resonate with listeners who are surely in for a treat when they hear just a taste of what’s to come from his highly anticipated EP.

Jor’Dan Armstrong’s “My God” is The Quintessential Summer Jam