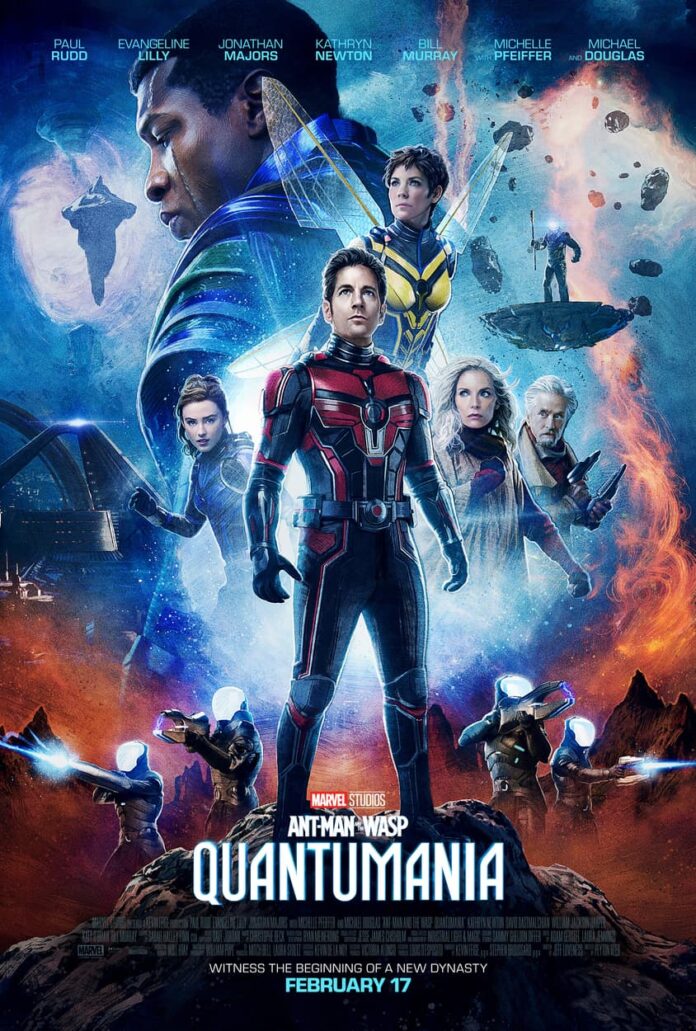 ( ENSPIRE Entertainment ) Ant-Man and The Wasp: Quantumania Officially Kicks Off the Marvel Cinematic Universe’s Phase Four With a Bang February 17

In the film, Paul Rudd and Evangeline Lilly reprise their roles as Scott Lang and Hope Van Dyne the Super-Hero Duo, Ant-Man, and The Wasp. With the Van Dyne family back together they find themselves exploring the Quantum Realm. However, what starts as innocently interacting with strange new creatures suddenly becomes a rollercoaster ride pushing the Duo beyond the limits of what is possible.

This movie solidifies Johnathan Majors’ role as Marvel’s new head villain teased in season one of Loki back in 2021. Majors play’s Marvel’s most powerful villain yet, Kang the Conqueror. Now that the Infinity Saga has wrapped, with many of the fan-favorite characters ceasing to exist, a new saga begins.

Ant-Man and The Wasp: Quantumania introduces a new version of the character Cassie Lang, whom we last saw as still a child and now a young adult. Cassie Lang is now played by Kathryn Newton known for her roles in Pokémon: Detective Pikachu, Big Little Lies, and Netflix’s The Society.

This film takes the Multiverse to a whole other level in a battle to choose to change fate and jeopardize the timeline in an effort to get Lang’s old life back or accept what the world has become post-blip, after the events of Avengers: Infinity War and Endgame.

Ant-Man and The Wasp: Quantumania hits theaters worldwide on February 17.

Related Articles: Black Panther: Wakanda Forever is the Sequel Everyone Needed, Everything You Need To Know About Creed III